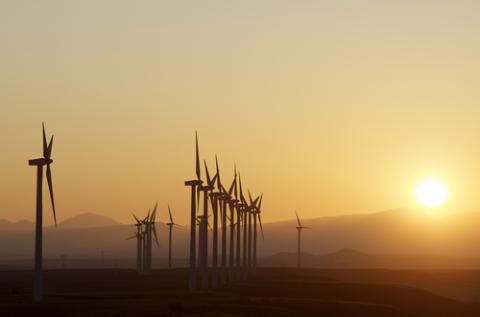 Industry minister Jose Manuel Soria said the measures will cost utilities €2.7 billion and consumers €900 million. The government will absorb a further €900 million of costs. The changes took effect on 13 July.

Rajoy is working to rein in a debt owed to utilities that ballooned to €26 billion as successive governments forced power generators to sell electricity to consumers at below the cost of production. Spanish utilities led by Iberdrola and Endesa slumped along with Acciona, which owns more than 4 GW of wind farms in the country.

“The measures in this reform aren’t easy for anyone, but they’re absolutely necessary,” Soria said at a press conference in Madrid. “If we did nothing, the only two alternatives would either be bankruptcy of the system or an increase of the price to consumers of more than 40 percent.”

The measures are “unfair and disproportionate,” according to industry group UNESA, which represents Endesa, Iberdrola, Gas Natural, Energias de Portugal and EON. It said more than €1 billion of the burden will fall on its five members.

The government’s plan “makes the financial situation of UNESA’s members even more serious,” the group said in an e-mailed statement. “These cuts and the regulatory uncertainty they generate will force UNESA’s companies to drastically cut jobs and rethink their investments in Spain.”

Spain, along with Germany, Italy and the UK, is reducing subsidies for clean energy because the cost of incentives is driving up power bills for consumers. In Spain, subsidies accounted for almost half of its €20 billion regulated power system, a level the government deems unsustainable.

Profit for renewable power producers such as wind and solar farms will be capped at about 7.5 percent, Soria said. A government official said authorized returns were calculated before taxes. Technologies such as photovoltaics that require the most subsidy will be hit hardest.

“The philosophy of giving a guaranteed rate of return is a lesser evil, but we think the level is very low,” Luis Crespo, general secretary of Protermosolar, the industry association for thermal solar companies, said in a phone interview. “Entrepreneurs would never have invested so much money in an area with so much risk for such a small return.”

Crespo said the industry group needs to find out more details of the reforms before assessing their impact. He said after taxes, the allowed rate of return would be about 5 percent.

“This implies a very nasty revenue cut for wind and solar,” Shai Hill, an analyst at Macquarie Group Ltd. in London, said in an e-mail. He said the package is also “very nasty for transmission, for Red Electrica.”

The distribution grid’s earnings will be limited to 6.5 percent, Soria said. Consumers will suffer a 3.2 percent increase in their power bills, bringing to 8 percent the gain since the government began tackling the tariff deficit last year, he said.

Spain’s wind industry lobby group, the Asociacion Empresarial Eolica (AEE), said it expects a “cascade of financial problems” as a result of the reforms, which it said are “clearly retroactive.”

“This changes the conditions for investments made by the sector over more than 20 years,” AEE said in an e-mailed statement. “With this reform, the government is increasing even more the uncertainty affecting the industry.”

“Red Electrica is particularly sensitive to the proposal to move to a regulated return of government bond yields plus just 200 basis points,” said Chris Rogers, an analyst at Bloomberg Industries in London.

Soria said the shortfall would have widened to €10.5 billion this year if the government hadn’t taken action, forcing a 42 percent jump in power prices. Last year’s measures slashed that by €6 billion, and today’s are designed to eliminate the remaining €4.5 billion. The total gap built up over a decade now stands at €26.06 billion.

Spain will also put in place stabilizers for the power system that will help prevent such deficits accumulating in the future, Soria said without defining the measures in detail.

Deputy Prime Minister Soraya Saenz de Santamaria said today’s announcement will be the “definitive reform” of the electricity system, after a series of stop-gap measures that failed to end the deficit.

The debt has grown for a decade because regulators cap rates, also known as tariffs, at levels not high enough to reimburse services such as power transmission and generating from more expensive renewable sources.

Renewable energy operators that earn about €9 billion per year in subsidies were already hit by a 7 percent tax on their revenue in December and a lower allowance for inflation in February. Spain’s biggest solar power operators are Fotowatio and Grupo T-Solar Global.

For renewables, the government will authorize a minimum rate of return for projects and calculate what subsidy if any is required to reach that level, a government official said, asking not to be named.

In previous weeks, Soria has warned banks including Banco Bilbao Vizcaya Argentaria to prepare for refinancing loans to the industry, which top €25 billion for both solar photovoltaic and wind projects and another €5 billion for solar thermal projects, according to Macquarie Bank Ltd.

Normal projects should have no problem meeting debt payments, though highly-leveraged ones expecting returns over short periods may need to be refinanced, a government official said at a briefing.

The Spanish Photovoltaic Union, UNEF, said that while it doesn’t have sufficient information on the reforms, it’s “convinced they may lead directly to the bankruptcy of a sizeable portion of the sector, because previous cutbacks already amount to as much as 40 percent of the earnings expected when the investments were committed to.”