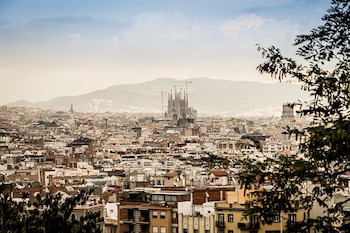 The Spanish government is exploring ways to persuade investors to finance a 100 billion-euro ($116 billion) transformation of its energy system as it tries to move beyond past policy mistakes that led to widespread losses and lawsuits.

The Socialist administration is drawing up plans to expand renewable power generation, modernize its transport system and refit buildings to make them more energy efficient through 2030. But the effort to mobilize private investment is hampered by ongoing legal disputes from the party’s last green energy push a decade ago, which saw over-generous solar power subsidies cut retroactively. The U-turn affected as much as 21 billion euros of senior debt, according to Bloomberg NEF.

“We have to craft carefully a proposal that is adequate, credible and sound in terms of new investments, both for national and foreign investors, and also providing some recognition about what happened,” Teresa Ribera, minister for the ecological transition, said in an interview at her office in Madrid. “It can be through regulatory means or it can be via fiscal means.”

Ribera has limited room for maneuver because the government is still fighting legal claims from investors over cuts in subsidies for photovoltaic power plants. Spain became the world’s biggest installer of PV panels in 2008 after the government misjudged the amount of subsidy required to stimulate investment. The payments were gradually reduced over successive years — leaving some plants struggling to cover their financing costs — as they began to jeopardize the public finances.

Power prices in Spain have surged this year, with one-year futures for baseload power rising more than 30 percent. That’s a headwind for an economy that’s set to slow for a fourth straight year in 2019 and is fueling calls for the government to tackle the windfall profits of hydro and nuclear plants owned by companies including Iberdrola SA and Enel SpA.

Ribera said she will address the issue when she speaks to parliament on Sept. 19.

Iberdrola extended losses after the report and traded down 1 percent at 6.24 euros at 1:18 p.m. in Madrid, outstripping the 0.5 percent decline on Spain’s benchmark index, the Ibex. Endesa, Enel’s Spanish unit, was 1.4 percent lower.

A second problem for the minority administration is its lack of support in parliament, where the governing party has just 84 of 350 lawmakers. Ribera said she is aiming to win cross-party support for her plans, but can also use administrative levers to push through some measures if she is blocked by opposition parties.

Among her first moves, Ribera aims to remove a levy on Spaniards who installed solar panels on their homes by the end of November. She said both the left-wingers of Podemos and the liberals of Ciudadanos have in the past signaled they would support the decision, but the government can also push through the change by decree if necessary.

The government is also working on a plan to help mining communities in northern Spain move beyond their reliance on unprofitable pits, due to be closed by the end of the year under European Union law. The government plans to use revenue from the sale of carbon emissions permits to help create new jobs, Ribera said.

“We are in the most challenging moment of the transition,” she said. “If people feel abandoned or vulnerable, we’ll get killed.”