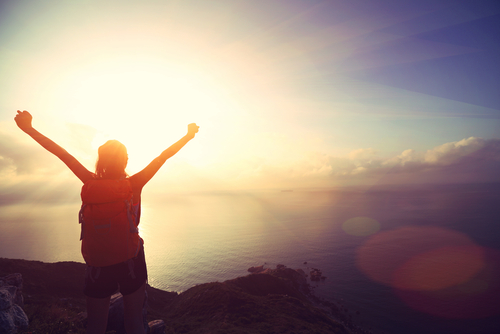 Tuesday was a good day for solar.

In Washington, House Speaker Paul Ryan told Republicans in a closed-door meeting on Tuesday that the House plans to vote Thursday on a $1.1 trillion spending bill that would extend tax credits for wind and solar power. In California, regulators rejected requests by utilities to increase fees and cut payments to new solar users in a proposed ruling that’s seen as a bellwether for how the rest of the country deals with the rapid emergence of power generated by customers.

The California proposal issued by an administrative law judge at the California Public Utilities Commission on Tuesday offers rooftop solar installers “very significant positives that should secure profitable growth for the industry after 2016,” Patrick Jobin, an analyst for Credit Suisse Group AG, said in a research note.

The deal in Washington would lift trade restrictions on U.S. crude oil exports in exchange for extending renewable energy tax credits. U.S. oil producers, including Continental Resources Inc., Pioneer Natural Resources Co. and ConocoPhillips, have been pressing for an end to the restrictions that block exports of most raw, unprocessed crude.

Under the proposal in California, solar panel owners would pay a one-time connection fee of about $75 to $150 and other small fees to fund low-income and energy efficiency programs, according to the administrative law judge’s filing. Solar companies and advocates lauded the plan while PG&E Corp., the state’s largest investor-owned utility, said regulators “could do more.”

The California fees and charges are less than those proposed by utilities, the California Solar Energy Industries Association said in a statement.

California utility owners PG&E, Edison International and Sempra Energy had asked the state to increase fees and cut payments to power-generating customers, arguing that customers who don’t have solar shouldn’t subsidize those who do. They’ve also said the program needs to better reflect the value of the power and the cost of upgrading the grid to handle it. The proposal is scheduled to be voted on at the commission’s Jan. 28 meeting.