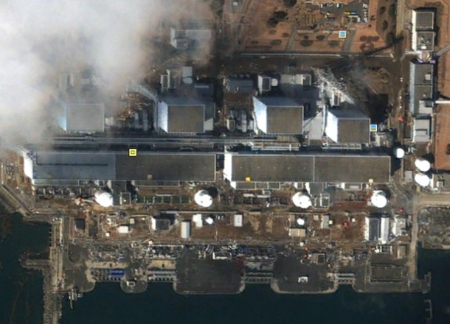 As the Fukushima nuclear crisis grinds painfully on, advocates of solar power are using it as political ammunition to maintain government aid to the sector.

Past aid is having an impact.

Bloomberg reports that our sunniest climes can now obtain solar energy for the same price as grid energy. It’s no longer a niche product, and solar panel sales are growing as fast as the iPad.

The only clouds on the horizon come in the form of declining subsidies. But what bears don’t realize is that, with better materials and scaled manufacturing, the need for such subsidies is also declining.

Who lost to China? Opponents of solar energy, that’s who.

Not that die-hard fossil fuel advocates aren’t trying. Douglas MacIntyre, former editor in chief of Financial World, insists it doesn’t matter who leads in alternative energy, that coal and nuclear are the future, end of discussion full-stop.

That may be a practical argument, but it’s a political loser, full-stop. The challenge for the renewable industry is to make those who make such arguments pay a political price for them, as happened over the weekend in southwest Germany, which actually put Greens in power for the first time over the energy issue.

This was no ordinary state election, by the way. I visited the state last year and have distant relatives there. It’s a very prosperous and conservative place. Christian Democrats had a monopoly on power going back 58 years. You might compare the result to someone like Howard Dean winning the South Carolina governorship.

California knows which way the wind is blowing on energy. Its legislature has finally passed a bill aiming to bring in one-third of the state’s energy from renewable sources by 2020. The state’s utilities just missed their 2010 target of 20%, but that’s still double other states’ 2020 targets.

Thus solar bills are coming up in very unexpected places. South Carolina has considered a solar subsidy bill. North Carolina is looking to double its utilities’ purchase of solar. Politicians who know which way the Sun is shining are climbing on board.

What are you seeing on the ground, where you live? Are politicians talking up solar over nuclear? Are orders increasing? Or is this just another green mirage?