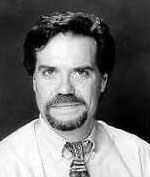 Typically 1 to 10 kW in size, America pioneered small wind turbine technology. Think back to the old-fashioned small water pumper mills that still spin in many parts of the country, and compare that to the silhouette of the massive structures that Don Quixote battled with in Spain. It was Marcellus Jacobs, born in North Dakota and raised in Montana, who in the 1922 attached a fan assembly from a water pumper to the rear axle of a Model T car to generate electricity from the wind. After selling more than $50 million worth of equipment to people wishing to generate their own power, he closed his doors in the 1950s. Ironically enough, it was FDR’s “New Deal” programs that nearly killed the small off-grid wind turbine industry as cheap hydropower was shipped to rural America via an ever-expanding electricity grid. The energy crisis of the mid-70s then gave a fresh push to wind turbines, large and small. Bergey Windpower of Norman, Oklahoma, founded by the father and son team of Karl and Mike Bergey, took small wind technology to the next level in the ’80s. Unlike solar, which has attracted investment capital from corporate giants such as BP, Shell and Sharp, no major corporations have entered the small wind market – yet. In contrast to utility-scale wind turbines and solar PV, which are dominated by European and Japanese companies, over 90 percent of small wind turbines installed in the U.S. are still manufactured by very small companies based here in the U.S. When consumers think about installing their own renewable energy system, they typically think of solar PV panels. Yet small wind turbine hardware is about half the price of an equivalent solar PV system. Because small wind turbines can operate at lower wind speeds than the large utility-scale machines, over half of the property in the U.S. features enough wind to fuel a small wind turbine. Today, roughly 30 MW of small wind turbine capacity has been installed in the U.S. This compares to the 9,000 MW of utility-scale machines expected to be on-line in the US by the end of 2005. In California, the nation’s hottest markets for both solar PV and small wind, the vast majority of state subsidies still go to solar. Since 1999, about $190 million in ratepayer funds have flowed to solar to 12,000 solar systems, while only $3.4 million have been spent on 300 small wind turbines. State subsidies for small wind have also declined far more rapidly than those earmarked for solar PV, leading to a dramatic slowdown in the small wind market this year. It is can be more challenging to install a small on-site small wind turbine than it is a large-scale wind farm. Just ask Steve Anderson of Moreno Valley in Riverside County. “It took me six months to finalize the county paperwork and comply with all of their documentation and other siting requirements. I went down to their office five or six times, and each time I got a different answer about what I needed to do,” said Anderson. He once faced a bill of $10,500 as a “developmental fee assessment.” While that particular fee was reduced to $257, he still ended up writing checks totaling $4,000 to Riverside County to get his small wind turbine into the ground. Albeit an extreme example, his story highlights the dilemmas presented when the practical realities involved with developing a decentralized electricity grid bumps up against the demands of our democratic society and cash-starved local bureaucracies. “There hasn’t been a federal tax credit for small wind turbines since 1985,” commented Mike Bergey, President of Bergey Windpower. In contrast, large-scale wind turbines have been getting production tax credits on and off since 1992. “Educating local governments about small wind so that they will remove or reduce the permitting barriers takes a lot of time and energy. If we want to make our energy self-sufficiency and national security goals, the federal government, as well as states, need to recognize the barriers that still exist for small wind,” said Bergey. He pointed out that nine states – California, Vermont, Massachusetts, Montana, New Jersey, New York, Ohio, Rhode Island and Wisconsin – offer rebate or buy-down incentives to help reduce the up-front costs associated with small wind turbines. But with a price tag of roughly $40,000 for a home-sized 10 kW wind turbine, other states – and the federal government – may have to step in with fresh incentives if we as a society are really serious about global warming, the depletion of our fossil fuel reserves, and the evolution of a decentralized grid that reduces terrorist targets. Bergey dreams of the day when the US gets 3 percent of its electricity from small wind turbines. That would equate to 50,000 megawatts (MW), roughly the equivalent of today’s global utility-scale wind turbine total portfolio. “Hopefully, that day will come, but it will not happen unless the federal government re-establishes tax incentives for homeowners and farmers to complement the ones available to corporations for utility-scale wind. It’s all about consumer choice. Consumer and environmental groups need to push for equal treatment for individuals. We need political help.”