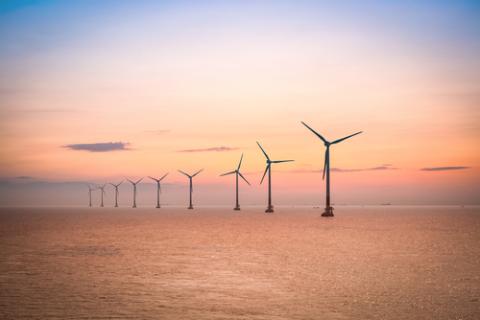 Siemens will install 130 of its 3.6-megawatt turbines at the facility that’s now seeking finance for construction in Massachusetts waters, the Munich-based company said today in a statement. Financial details of the agreement weren’t disclosed.

The deal along with a proposal from Siemens to take a $100 million equity stake in the project raises the chances that the project will move forward. Residents including the family of former President John F. Kennedy have sued to stop the project, saying it will spoil a uniquely beautiful area.

“Siemens will most likely be an investor in the project,” Randy Zwirn, chief executive officer of SiemensEnergy Inc., said in an interview.

Siemens, the largest supplier of offshore wind turbines, said the deal is subject to final negotiations. Its 3.6 megawatt turbine is the most installed offshore turbine in the world, Jim Gordon, founder and owner of Boston-based Energy Management Inc., the parent of Cape Wind, said in an interview.

“Because it’s the first offshore wind farm in America, it was very important for us to pick the workhorse of the offshore wind industry,” Gordon said.

Siemens said last week that Cape Wind is likely to qualify for a tax credit that expires at the end of this year. It has faced delays due to lawsuits opposing it.

“The process was careful and deliberate, and we fully expect our permit will be upheld,” Gordon said. “We fully anticipate the legal decision our way simply because this has been one of the most comprehensively reviewed energy projects in decades in the United States. They’ve been using these avenues as a delaying factor.”

The Interior Department has said about 1,000 gigawatts of potential wind energy exists off the U.S. Atlantic coast, though no projects have been completed. Several, including the Block Island project are moving forward as well.

The U.S. awarded a lease to Cape Wind Associates LLC in 2010 for an area 5 miles (8 kilometers) off mainland Cape Cod. It’s spread over 25 square miles known as Horseshoe Shoal and would generate on average enough electricity to power 200,000 homes, according to the Energy Department.

“This is really the first offshore wind project of any significance anywhere in the U.S.,” Zwirn said. “As the leading supplier of offshore wind turbines in the world, we obviously have an interest to see that market potential to be developed.”

Warren Buffett’s Berkshire Hathaway Inc. unit MidAmerican Energy Holdings Co. awarded Siemens, whose largest business is energy, on Dec. 16 with a more than $1 billion contract, the largest ever, for 448 turbines for wind farms in Iowa.