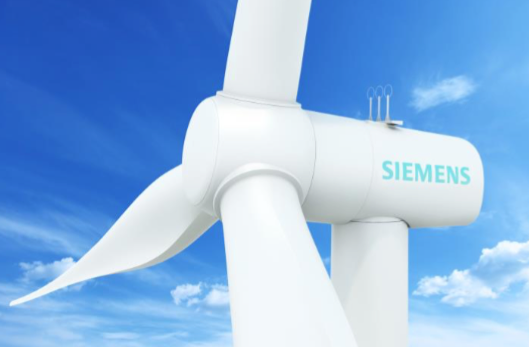 Siemens’ high performance wind power turbine for medium to low wind sites has reached the next milestone. The onshore wind turbine SWT-3.3-130, with hub heights of 85, 115 and 130 meters, has successfully passed independent type testing and is now certified by TÜV Nord according to the current DIBt-guidelines. The certificate allows operators to get the authorization for specific projects with the gearless D3 wind turbine in Germany. Siemens plans to deploy the first Germany based prototype of the SWT-3.3-130 this fall at the wind test field south of Husum.

After successful type testing, wind projects in Germany can now be planned with the D3 turbine and will be authorized according to the current feed-in tariff. The type testing comprised a design evaluation of the SWT-3.3-130 according to the DIBt- guidelines by the TÜV Nord. Siemens is using its first close-to-standard prototype installed south of Husum for final trials. Serial production of the wind turbine will be ramped up in spring 2017. It represents the latest development of the Siemens D3 product platform. More than a 1,000 units of these gearless onshore wind turbines are already in operation worldwide, with an overall installed capacity of more than 3 GW. Since the launch of its first gearless wind turbine in 2010, Siemens has received orders for direct drive onshore projects with a total capacity of approximately 6.8 gigawatts.

“We are expanding our wind turbine portfolio with the high performing SWT-3.3-130 as a reliable solution for sites with medium to low wind speeds,” Thomas Richterich, CEO Onshore in the Siemens Wind Power and Renewables Division, said. ”Wind energy projects can now be planned with this turbine. Next year we will already be starting serial production.”

With a rated output of 3.3 MW and a rotor diameter of 130 meters, Siemens developed the SWT-3.3-130 especially for the requirements of the onshore market in Germany and other countries in Europe. The turbine provides maximum energy output at low to medium wind speeds and expands the Siemens portfolio as a high performance, innovative turbine. For onshore locations Siemens will go even further: The company will introduce additional models of the onshore direct drive platform featuring larger rotors and different generator ratings at the WindEnergy Hamburg trade fair in September.