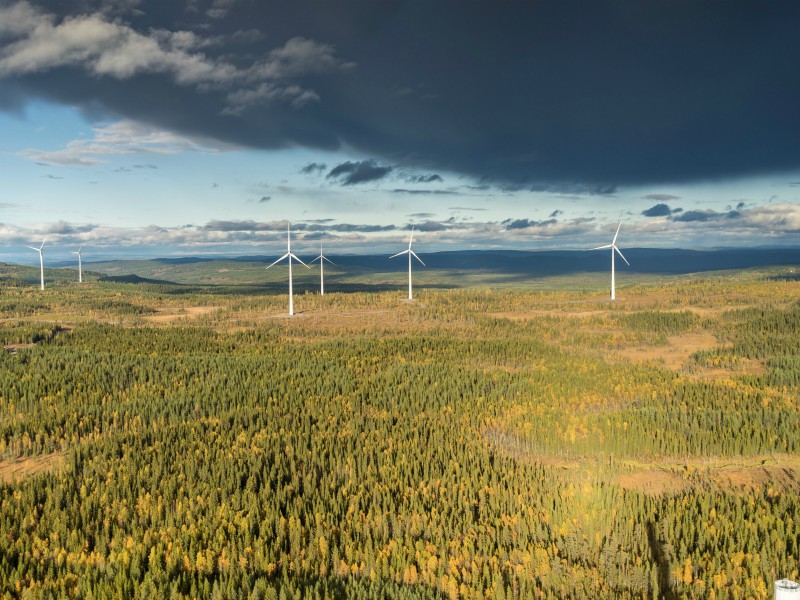 The first deployment of the wind turbine with the largest rotor in the onshore industry is to be in Sweden.

Siemens Gamesa has won an order for eight of its the 5.8-170 turbines from Danish developer Eurowind Energy for the 46 MW Knöstad project near Karlstad in Sweden.

The turbine is capable of capturing more energy in medium- and low-wind sites.

Additionally, the turbines will operate at a capacity of up to 6.2 MW, resulting in record high annual energy production. Siemens Gamesa has also secured a 25-year full service agreement.

This will be the second project to feature the Siemens Gamesa 5.X platform in Sweden. In December, the company reached an agreement to supply 35 SG 5.8-155 to Arise AB and Foresight for the Skaftåsen project.

“We are delighted to see how fast this platform is penetrating the Scandinavian market, one of the most sophisticated in the world when it comes to wind power. This deal also marks an extension of our strong partnership with Eurowind Energy A/S having worked together in the Thorup Sletten project. It is always rewarding to see customers committed to strengthening our collaboration,” said Alfonso Faubel, Siemens Gamesa’s Onshore CEO.

“After a successful integration of the Thorup Sletten project in Denmark, the country’s largest onshore wind farm in operation, we are happy to further strengthen our relationship with Siemens Gamesa with the Knöstad project. We are looking forward to start building with the largest onshore turbine available at present,” said Jens Rasmussen, CEO of Eurowind Energy A/S.

Rasmussen added: “At Eurowind Energy A/S, we believe that a continuous improvement of LCoE is evident for the industry and we consider the SG 5.8-170 as a step in this direction.”

As one of the largest consumers of electricity per capita in the world, Sweden has pioneered the adoption of new technologies to bring down both the cost of the electricity and CO2 emissions.

According to WindEurope, the country is expected to double its wind capacity from 7.4 GW to 14.9 GW by 2023 and the government has set a target of 100 per cent renewable electricity production by 2040.

One single SG 5.8-170 turbine is capable of providing enough power for close to 5,000 European homes a year, while avoiding the emission of 15,000 tons of CO2 over the same period, the equivalent to planting 200,000 trees.

The wind turbines will be installed during the second half of 2021 in an area of forest. They will have a 115-meter hub height tower, meeting the maximum height permitted even with the turbine’s large rotor size. The SG 5.8-170 is ideally suited to optimize energy production from the low to medium high wind speeds found on site.