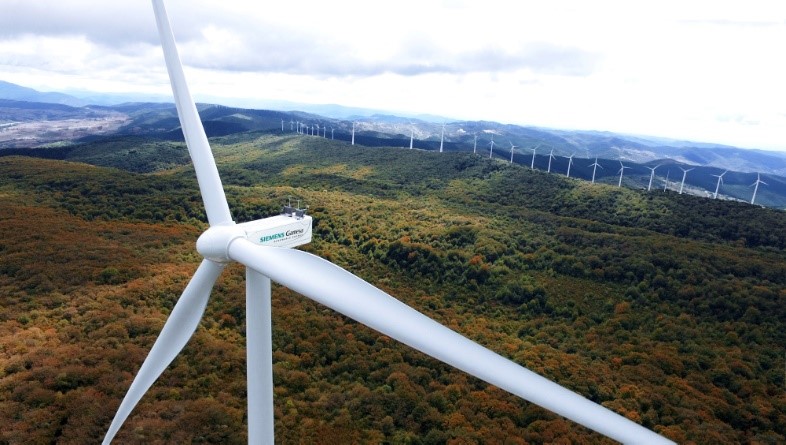 Siemens Gamesa Renewable Energy announced that it has launched its new turbine, the SG 3.4-145, into India’s onshore wind market. Siemens said that the new wind turbine is specifically designed and optimized for wind conditions in India and aims to deliver the lowest possible Levelized Cost of Energy (LCoE) with high reliability.

The SG 3.4-145 stands 127.5m tall, with a blade-tip height of 200m, which helps to maximize wind potential, said the company. The turbine is also adaptable to India’s extreme and varying weather conditions supported via a monitoring and cooling system. This ensures efficient thermal conditioning and performance at high-temperature sites, according to Siemens.

The prototype of the SG 3.4-145 wind turbine was commissioned in the Alaiz wind farm, Spain. The 145-meter rotor diameter uses 71-meter long blades and can operate up to 3.6 MW with flexible rating strategy. The product has been designed to comply with the global IECRE Standards and meets the Indian CEA 2019 requirements.

Siemens Gamesa has operated in India since 2009 and the total installed capacity for its turbines recently surpassed the 6.5 GW mark in the country, it said. The company has two blade factories in Nellore (Andhra Pradesh), and Halol (Gujarat), a nacelle factory in Mamandur (Chennai, Tamil Nadu), and an operations & maintenance center in Red Hills (Chennai, Tamil Nadu). It also has an R&D center in Bangalore.

“The Indian market is evolving fast and so adapting to the new market dynamics is key to our success and long-term competitiveness. The SG 3.4-145 – an incremental innovation, is a step forward in that direction,” stated Alfonso Faubel, Siemens Gamesa Onshore CEO.