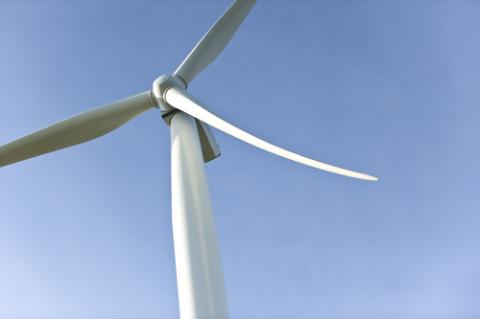 “The upside is unbelievable,” Kirk Edelman, head of energy financing at Siemens Financial Services, the Munich-based company’s project-financing unit, said in an interview. “All of a sudden, you’re seeing a lot of wind development there.”

Competition in the power market and opening of oil and gas to private and foreign investment is “fascinating,” he said at the division’s headquarters on the outskirts of Munich.

SFS, with 18.6 billion euros ($25 billion) of assets at the end of last fiscal year, provides financing for equipment from trains and wind turbines to medical scanners, helping its parent to spur demand in new markets and for newly developed equipment. Chief Executive Officer Joe Kaeser is targeting electrification and industrialization for growth, and more sales beyond Europe.

Mexico’s Senate approved legislation last month to help open its energy industry to private companies for the first time in more than seven decades. It set a framework for oil and natural gas contracts for companies entering the country such as Chevron Corp. and Exxon Mobil Corp. Legislation was also passed aimed at freeing access to the national power network.

“I saw a map the other day that showed the Gulf of Mexico, and you see the line that divides it with the United States,” Edelman said. “There are countless deep-water rigs shown on the U.S. side of the line and maybe one or two Pemex rigs shown on the Mexican side. Just that alone — think of the opportunity.”

In energy, Siemens may gain from private power generation to oilfield electrification services, Louise Goeser, head of its Mexico and Central America unit, said in October.

Mexico aims to boost clean energy, SFS’s biggest asset class, to 33 percent of installed power capacity through 2018, from about 15 percent now, Secretary of Energy Pedro Joaquin Coldwell said in April. Mexico will add about 1 gigawatt of wind turbines this year, up from 236 megawatts in 2013, Bloomberg New Energy Finance estimates.

Siemens is investing in other growth markets, including in the Nigerian power industry, which was liberalized in September. Investment by companies ranging from Siemens to Korea Electric Power Corp. in the 14 former state-owned utilities totalled more than $2.5 billion.

Siemens had 920 million euros in new orders in the last fiscal year from the region it calls Mesoamerica, where it has 6,900 employees. All except 600 of those employees are in Mexico.

While Siemens has operated in Mexico for about 120 years, it will need to vie for business with Spanish competitors that have been dominating Mexico’s clean-energy market.

Iberdrola SA, Spain’s largest utility, already owns 5.2 gigawatts of generation and plans to invest $5 billion in Mexico over the next four years, it said in June.