London, UK — By 2020 wind turbines could produce 15% of Europe’s energy, which makes electromagnetic interference a major priority for manufacturers and developers alike – both to meet legal requirements and to protect the sector’s reputation.

Wind turbines are now sprouting faster than oil derricks did in Texas 100 years ago. Across Europe, so many are being erected that by 2020 they could produce as much as 15% of the region’s energy.

The global picture is similar. The world’s installed wind power capacity was projected to have reached close to 200 GW by the end of 2010. The Global Wind Energy Council forecasts that wind power could meet 12% of world energy demand by 2020. 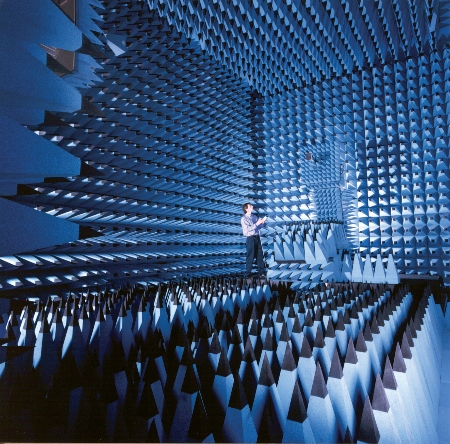 EMC emissions can be measured in anechoic chambers, where devices are bombarded with high-frequency disturbances
(Source: Amideon Systems)

For green energy providers, the need to convince the wider public of the efficacy of wind power is paramount. Interference effects could damage wind power’s reputation for reliability, jeopardizing the wider acceptance of carbon-neutral technologies. EMC management has therefore emerged as a critical means of improving the reliability and operating life of electronic equipment associated with electricity generation by wind turbines.

There are legal drivers too. EMC approval is required by law. For safety reasons, directives worldwide insist on EMC approval, even for fixed installations. In the European Union, for example, both emission and immunity tests have to be approved.

To this end, the European EMC Directive requires that equipment ‘Shall be so designed and manufactured, having regard to the state of the art, as to ensure that: (a) the electromagnetic disturbance generated does not exceed the level above which radio and telecommunications equipment or other equipment cannot operate as intended; (b) it has a level of immunity to the electromagnetic disturbance to be expected in its intended use which allows it to operate without unacceptable degradation of its intended use.’

This Directive refers to the ‘state of the art’. For large wind turbines, this means the standard IEC 61400-1 from the International Electrotechnical Commission (IEC). Chapter 10.11 (electromagnetic compatibility) of this IEC 61400-1 document contains a link to the related standards IEC 61000-6-4 and IEC 61000-6-2. These two EMC standards contain all test levels and refer to the ‘how to measure’ standards.

Wind power is not alone in having to meet such EMC safety requirements. The aviation industry must also make great efforts to comply with safety regulations on EMC. For instance, EMC is why electronic devices must be switched off during take-off and landing in aircraft, as mobile phones can disturb the electrical circuits of aeroplanes through their emitted field. The same applies to the automotive industry and the armed forces. Even consumer products need an EMC approval, such as a declaration of conformity or other requirements depending on the country of use.

The benefits of achieving EMC extend far beyond satisfying the relevant legal requirements. The reputational advantages of EMC are equally important; maintaining the perception of wind power as a clean and effective energy is critical to its continued political and public support, and to the steady flow of investment into the renewable energy sector. 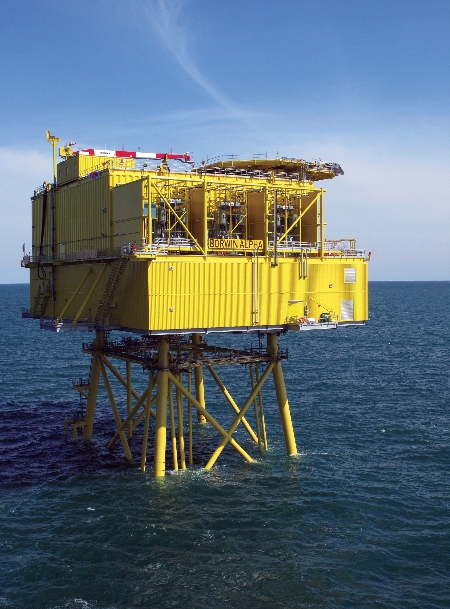 Reliability is another key benefit of EMC, notably in stemming the potential losses associated with wind turbines’ downtime – this is particularly crucial for offshore turbines, which are not only difficult to access and maintain but will also account for the vast majority of new generating capacity, according to most current market assessments.

Figure 1 shows the distribution of possible errors on different wind turbine components, from data sets collected since 1989. By combining the electrical subassemblies (electrical system, sensors, control system and generator), the proportion of electrical faults to total faults is revealed to be around 50%.

But in the more complex variable-speed concept turbine, this figure rises significantly to 67%. Thorough EMC analysis can reveal disturbances that reduce the operating life of electrically connected components. Unknown continuous high voltage or high frequency pulses, perhaps generated by single electrical devices in the system, have a detrimental influence on the operating life of all those connected components that are affected.

EMC can help to remove the sources of disturbance and ensure a longer operating life. Quality assurance is another key plus. Research undertaken by the Fraunhofer Institute for Wind Energy and Energy System Technology in Germany found that PV converters can negatively influence electricity meters. For example, the study found that a tested meter measured less than 82% of the true output value, a phenomenon that can also apply to wind turbines if the harmonics of the converter disturb the electricity meter. EMC measurements can show the true emissions from the converter, so an estimate can be made to minimise the risk of incorrectly metered electrical output values, and the associated financial implications.

The aim of EMC management is therefore the seamless operation of different pieces of equipment and the avoidance of any interference effects. For wind turbines, which are set to emerge as the most important source of renewable energy, it is imperative that EMC is managed so that emissions do not disrupt the safe and proper functioning of electrical devices.

Measuring EMC: A Battery of Techniques

EMC measurements must be undertaken in worst-case conditions, either as defined by the manufacturer, or as discovered during measurement. Active power, air temperature, air humidity and air pressure are monitored during the measurements, as they can influence the results. Including preparation time, most full EMC measurements can be performed under ideal conditions within one week. Various measurement methods can be applied:

To measure radiated emissions we establish four rectangular measurement points at a distance of 30 meters from the wind turbine. At these four points we measure the electromagnetic waves with an antenna and an EMI receiver. The frequency range is normally 30 MHz up to 1 GHz. The latest amendment of the IEC 61000-6-4 from December 2010 calls for measurements up to 6 GHz, depending on the highest internal frequency. The measured values are compared with the limits set by the standard at site, to enable a speedy result. The measurement time depends on the topography at site. Under ideal conditions at site, this measurement up to 1 GHz can be done in between four and six hours.

To assess conducted emissions, we measure on all copper-lines which exit the wind turbine. For example, this can include the power cables or the telecommunication wiring. We measure with voltage probes or current clamps and an EMI receiver. The frequency range is from 150 kHz up to 30 MHz. The measured values are compared at site against the limits in the relevant standard. The duration of the measurements depends heavily on the complexity of the plant under test as well as on the number and kinds of cables in the plant.

This test is currently not ‘state of the art’ for wind turbines. On devices smaller than wind turbines, the test is done in an anechoic chamber. A disturbance generator generates predefined high-frequency disturbances. An antenna connected to this generator radiates these disturbances onto the device under test. The behaviour of the device under test will be monitored and compared to the requirements in the standard. This test cannot be done at site, as it is prohibited by law to emit these disturbances outside an anechoic chamber.

Similar to the conducted emissions test, clamps are put on the cables exiting the wind turbine to test the conducted immunity. The clamps are connected to disturbance generators, so that the wiring of the wind turbine is disturbed with pulses that are defined by the relevant standard. The duration of the measurements varies greatly with the complexity of the plant as well as the number and variety of cables.

Electric, magnetic and electromagnetic fields (EMF) can damage human health. In Europe, Directive 2004/40/EC on working safety specifies periodic EMF measurements. Various national laws specify the measurement setup and limits. For example, Germany’s BGV-B11 contains all the required information and prescribes measurement of radiated emissions on working places in wind turbines. It is simpler to measure EMF than EMC. The recommended frequency range on wind turbines is between 5 Hz and 32 kHz. The low frequencies require separate measurement of the electric and the magnetic fields. Under ideal conditions, measuring these fields takes between six and eight hours.