ORLANDO — By all accounts Tim Holt’s business is booming. Holt, who is the CEO, Service Renewables, in the Energy Service Division of Siemens Energy said that even when wind turbine sales are down, his business, which oversees the servicing and repair of the more than 6,800 Siemens turbines in the field, remains steady. Renewable Energy World met with Holt at the grand opening of the Siemens new wind training service center in Orlando, Florida. Siemens brought in a handful of journalists to cover the momentous occasion. 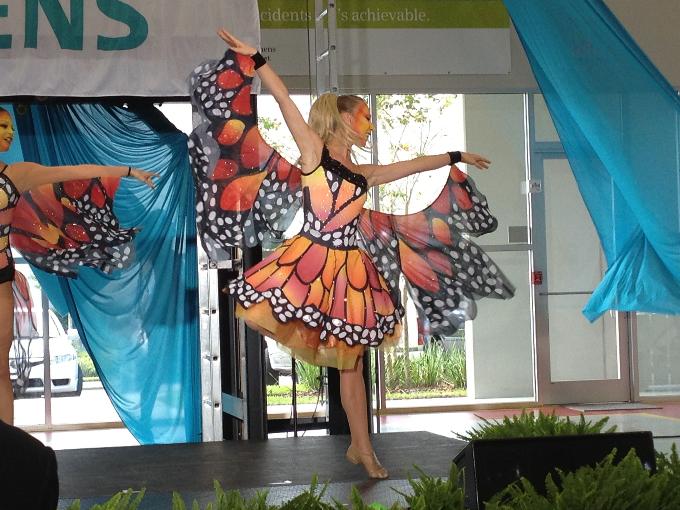 Wind energy was, not surprisingly, the focus of the day.  The grand opening ceremony kicked off with ballet dancers dressed like monarch butterflies “flitting” through the audience and ended when Florida Governor Rick Scott, Orlando Mayor Buddy Dyer, Siemens President and CEO Randy Zwirn, Holt and other Siemens representatives performed a non-traditional ribbon cutting in which several green ribbons were blown straight up from the stage and the men cut them in half, allowing the cut section to fly out of their hands.

In their speeches, both Governor Scott and Mayor Dyer praised the 50 new jobs that the wind training facility has created, 49 of which have already been filled.  Trainees are expected to fill 7,000 hotel room nights per year, so the center is creating indirect jobs as well, another point that both government officials celebrated.

The new wind service training center is located about twenty minutes away from the Siemens Energy Services headquarters, but that was only part of the reason that Florida was selected as home to the new training facility.  Up until now, Siemens trainees went to a Houston, Texas facility but with business growing so rapidly, the company decided to build a new facility about a year ago and settled on Florida in February 2013. Even though there are no turbines in operation in the entire state of Florida, Siemens selected the Orlando location for a few reasons. First, the location is central to the Americas.  The international airport offers easy flights to and from locations in Canada, the U.S., and South America. Second, according to Earl Walker, Head of Training and Development, the location has lots to offer trainees who come to the site.  New hires spend a total of about 18 months in training, some of that taking place at the training facility and some of that happening in the field.  “When we move our technicians here, when they go out at night, they have places to go,” he said.  Walker explained that there were at least 20 restaurants within a stone’s throw of the hotel that houses trainees for the initial three weeks that they are at the service center. (They return multiple times over the next 18 months.)

The center will serve up to 2,400 trainees each year, bringing them up to speed on how to properly service and maintain turbines in the field. A huge amount of the training focuses on safety because servicing a nacelle that is 100 meters off the ground can be a dangerous undertaking, to say the least. If that 100-meter tower is located 100 miles offshore, there is even more risk to the technician. 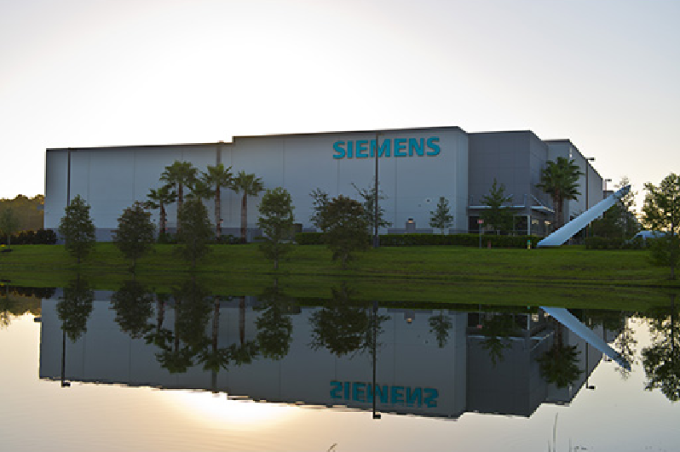 The 40,000 square foot facility holds two Siemens nacelles: a 2.3-MW geared turbine and a 3-MW direct drive turbine. Each weighs more than 100 tons. There are also three 30-foot high climbing towers, ladder structures, electrical and hydraulic modules, as well as a maintenance crane that all serve to teach trainees how to perform service and rescue operations. The training center is one of four service centers in operation around the world.  The others are located in Germany, the UK and Denmark.  “But ours is the nicest,” said Walker.

Siemens invested $7 million to build the facility, which pales in comparison to the business Siemens expects to generate from O&M over the next decade. According to Randy Zwirn, the wind service business could be worth more than US $1 billion by 2017. In just two years, from 2011-2013 Siemens’ global wind service business has grown from approximately 1,600 employees to more than 2,700 today.

Plans are already underway to offer a tour of the Siemens Wind Service Training Center as part of the 2014 Renewable Energy World Conference and Expo. You can check out and register for this year’s tech tours at this link.