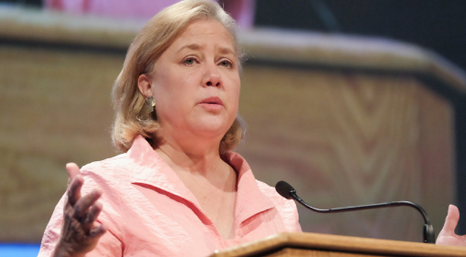 A key theme that emerged during the American Wind Energy Association (AWEA) WINDPOWER 2016 tradeshow was how people, companies and products are transitioning from the oil and gas industry into the wind industry. No doubt the downturn in oil prices and the show’s location in Louisiana are two reasons for the heightened interest in moving from one energy industry into another. An oil and gas lawyer remarked that he was at the show looking for a job in the wind industry because he was tired of the “boom and bust cycle” that has plagued the oil market for years.

With a five-year PTC in place for wind power, hopefully its boom and bust cycles are over. If companies can bring down costs enough by 2021, wind power should be well-positioned to grow steadily into 2030 and beyond.

In an interview, former Louisiana Senator Mary Landrieu said there is “a lot of synergy to be had between those industries.” She added, “some of the companies that I’ve met here are doing that transition as we speak.”

For years the renewable energy industry pointed to subsidies that fossil fuels receive enviously. Could the movement of companies and people from oil to wind spur oil lobbyists to start lobbying for wind?

One regulator, the Bureau of Ocean Energy Management (BOEM) said that it has recently broken down some of the fences between the fossil and renewable sides of its organization.

“I would most certainly recommend for them to cross pollinate in the agency because on the ground offshore people are already doing that,” said Landrieu.

Louisiana has a long history in the energy sector and Landrieu doesn’t want to see that end.

“I would love to see Louisiana positioned as a leader in the future energy revolution as much as we have been in the past and as much as we are in the present,” she said.