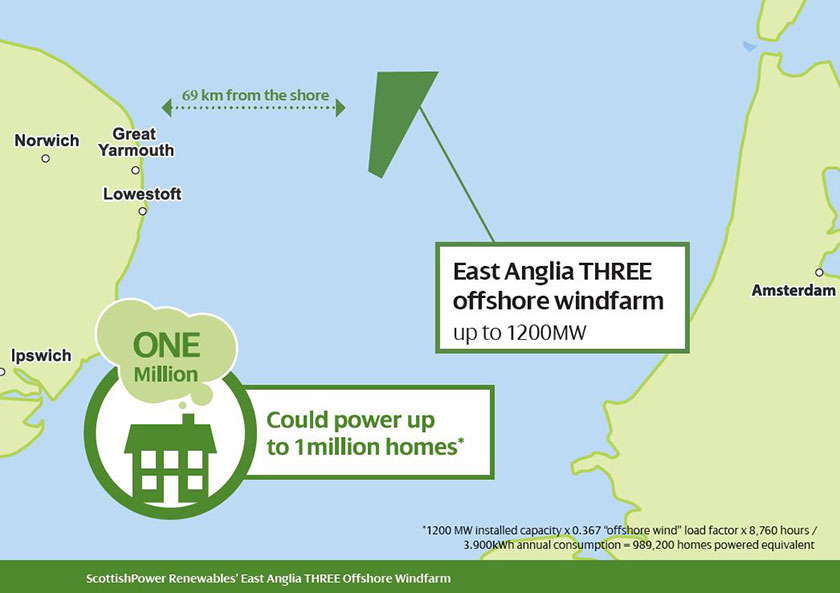 ScottishPower Renewables plans to use larger, “next generation” wind turbines for its East Anglia 3 offshore wind farm than on previous phases of the project.

The company last week said that it received approval to move forward with its 1,200 MW project, which will use 172 wind turbines that have a tip height of 247 meters. ScottishPower did not disclose exactly which turbines it will select for the project.

According the ScottishPower website, East Anglia 1 will consist of up to 102 Siemens wind turbines and foundations, each rated at 7 MW for an overall generating capacity of up to 714 MW.

East Anglia 3 will be located 69 kilometers off the coast of Norfolk. ScottishPower is currently delivering the East Anglia 1 project, which is due to be operational in 2020. The company is developing four projects in total in the area, with a capacity of 3,500 MW.