More
Home Opinion & Commentary Run for the money: The case for climate stress testing of banks 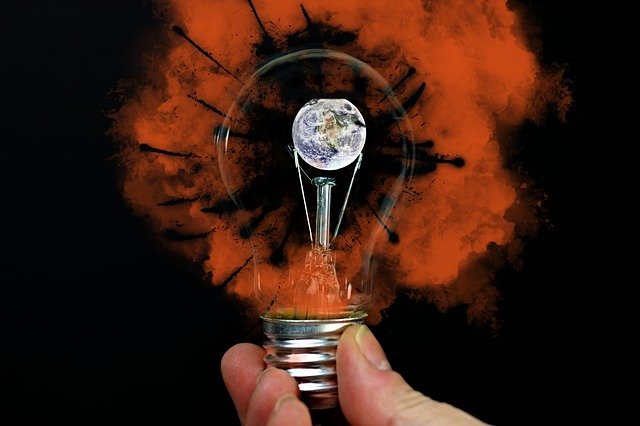 Asked why he robbed banks, the infamous bank robber Willy Sutton is reputed to have said “Because that’s where the money is.” Advocates of meaningful action on climate change should take note. It’s time to mandate climate stress testing for the nation’s largest banks.

Forward leaning states and cities have enacted a spectrum of clean energy mandates, incentives, green building codes, emission caps. Some like in California are far-reaching. But as the scholars William Travis, Thomas Wilbanks, and the late Robert Kates recognized a decade ago in the Proceedings of the National Academy of Sciences, many of these measures have limited reach, are intermittent, and incremental. What’s needed is a transformative change, a revamping of underlying assumptions, rules, governance, and costs so that traditional modus operandi are fundamentally and systemically altered for the long-term fight against anthropogenic global warming.

NOAA’s National Centers for Environmental Information estimates that severe weather events in 2019 due at least in part to climate change resulted in $45 billion in losses to U.S property, crops, and infrastructure. It’s an underestimate, including only the 14 most severe fires, floods, and hurricanes each causing at least $1 billion in damages. Public health costs are excluded. NOAA estimates losses at least partly attributable to climate change have reached at least $1.7 trillion since 1980. When you talk about losses this big, the money center banks supervised by the Federal Reserve need to be part of the conversation.

The Fed has now taken a step toward climate change stress testing of big U.S. banks. In late November, Fed Vice Chair for Supervision Randal Quarles told the Senate Committee on Banking, Housing, and Urban Affairs that the Fed had asked to join NGFS, the Network for Greening the Financial System. NGFS is a consortium of central banks and regulatory agencies organized to address climate change through financial practices. The Fed’s move followed acknowledgement in November of climate change as a systemic risk to the nation’s financial system in its semi-annual stability report, for the first time.  Fed Governor Lael Brainard has championed testing the relationship between climate change and financial risk.

Still, the Fed’s approach has been cautious.  The central bank has not yet imposed climate stress testing for the banks it supervises in the face of methodological and political challenges. Nonetheless, on December 7, by a 6-0 vote by the Board of Governors, the Fed joined NGFS.

How it Would Work

The underlying architecture for climate stress testing exists in the macroeconomic stress testing the Fed already requires of the big banks. Macro stress testing emerged from the Great Recession as a way to evaluate bank and financial sector resilience in the face of external shocks to the financial system. Measures of climate and financial performance would generate threshold scores for climate risk, both for individual banks and the financial system as a whole. These scores would be used to drive policy. For example, risk tranches could offer more favorable terms for loans and investments in no- and low-carbon and methane fuels, technologies, and products.

Climate stress testing is subject to concerns about methodology, on the grounds that insufficient data exists for correlating climate variables and financial performance over a long 30- to 50-year time horizon implicit to climate change (versus nine quarters used in macro stress testing), imposing too much variability and making climate stress test results unreliable. Critics point to a lack of data needed to establish correlations between climate and GDP, interest rates, and prices, for example.

Some past data useful for correlating these variables can probably be accumulated with a dedicated effort. More to the point is the framework NGFS set out in its June 2020 publication Guide to Climate Scenario Analysis for Central Banks and Supervisors. This unprecedented document acknowledges “The forward-looking nature of climate risks and the inherent uncertainty about future events make it difficult to assess them using standard risk modeling methodologies.” In response, the guide offers various scenarios for climate stress testing with advice for using scenario analysis. The scenarios will of course be more closely specified over time as more data is collected.  Just because climatological stress testing hasn’t been done before is no excuse to not start now, given the grave threat posed by the climate crisis.

Political opposition was expressed in a letter issued on behalf of 47 House Republicans on December 9. After reiterating the above methodological points, the letter asserted that climate stress testing could “accelerate the ill-advised pattern of “de-banking” legally operating businesses in industries, such as coal and oil and gas.”

Well, that’s not much of an argument, as hydrocarbon consumption is by far the biggest driver of the climate crisis and the goal is to get off coal, oil, and gas. Duke, Southern, and TVA plan to build as many as two dozen gas plants. Climate stress testing might make investing in these types of facilities riskier and costlier, thus capturing externalized risk from oil and gas and encouraging investment in decarbonizing renewables, electrification, and storage. Europe has already started down this path.

The Time is Now

Public support for concerted action to fight climate change is at its highest level ever: Pew Research reported in late November that 67 percent of Americans said the federal government was not doing enough to reduce the effects of global climate change.  President-elect Biden has pledged to rejoin the Paris accord on day 1 and to spend $2 Trillion on a nation-wide campaign to fight climate change and create greener jobs, almost 20 times what was spent on clean energy under the 2009 American Recovery and Reinvestment Act. Recognizing the threat climate change poses to U.S. national security, Biden plans to appoint former Secretary of State John Kerry and former EPA Administrator Gina McCarthy as climate czars in the battle to reduce global warming.  These proposed appointments are a good first step, but more difficult challenges await in the battle against climate change.

The hard part is catalyzing the transformative change needed to mitigate and reverse global warming while ensuring economic growth. To date, most policies targeting climate change have been largely transactional, intermittent, and incremental. Carbon pricing remains a nascent enterprise subject to political vicissitudes and not ready for prime time as parties parochially maneuver to protect their sectoral interests.

Equity issues are involved.  Thoughtful green economy agendas driven in part by climate stress testing can address these.  But the Fed is by and large insulated from politics. Done right, climate stress testing of the big banks can help transform the foundations of risk and reward and steer us to a healthier climate founded on sustainable economics.  So, let’s get on with it.