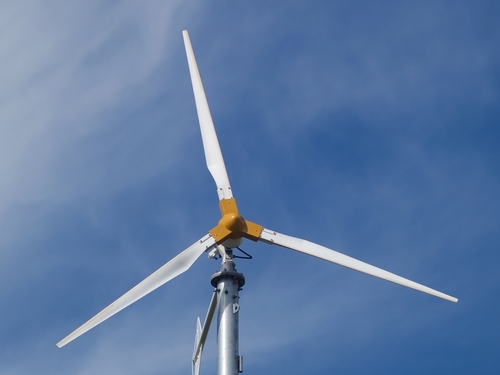 MUMBAI — RRB Energy Ltd., Vestas Wind Systems A/S’s former joint-venture partner in India, expects as much as 25 percent of sales next year to come from exports of smaller turbines to emerging markets led by Africa.

The New Delhi-registered manufacturer, one of the earliest to enter India’s wind power market in 1987, says it’s bucking an industry trend toward larger turbines and has restarted production of a 225-kilowatt machine discontinued in 2005.

“There’s a lot of potential in emerging markets where so far there’s been no development of wind power like Africa,” Deputy Managing Director Sarvesh Kumar said in a phone interview yesterday. “They can’t simply start with megawatt-class machines.”

Wind–turbine makers are seeking to diversify as they struggle with overcapacity and declining demand in traditional markets. Growth is set to slow in China, the world’s biggest wind market, for the first time this year, while governments in the U.S. and Europe are rolling back clean-energy subsidies.

Closely-held RRB, which sells more than 95 percent of its turbines in India and has annual sales of about $200 million, plans to approach power utilities in Ghana and Nigeria. It has also already exported two 225-kilowatt turbines to farmers in the U.K. and expects to sell nine more.

“I don’t face much competition because the 225-kilowatt has a proven track record of 20 years,” which makes it easier for wind–farm developers to get bank financing and insurance, said Kumar. “No other supplier of small turbines has that.”

The machine was originally designed by Vestas, the world’s biggest wind–turbine maker. The Aarhus, Denmark-based company and RRB ended their joint venture in 2008, Kumar said.

RRB also plans to introduce a 3-megawatt turbine in the next 24 months aimed primarily for exports, he said.