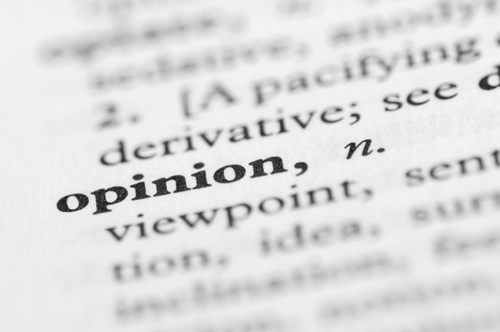 Mitt Romney sets an ambitious goal with his pledge to achieve U.S. energy independence by 2020. It’s just too bad his plan relies almost entirely on fossil fuels and largely ignores the solid promise of clean energy.

When it comes to renewable sources such as solar and wind, Romney’s plan says more about what he won’t do — namely, provide any more of the subsidies and loan guarantees that have allowed those technologies to gain a foothold. Instead, he offers to relax barriers he says are stymying clean energy and expand government funding of research. We also favor supporting clean-energy research, but question Romney’s assertion that simply “streamlining” regulations and permitting will somehow catapult clean-energy projects.

Romney’s white paper includes a few other worthwhile ideas, such as allowing drilling off the coast of Virginia, which has bipartisan support from that state’s senators.

On balance, though, his plan threatens to upend the progress that has been made toward enabling the U.S. to meet much of its energy needs with less reliance on dirtier fuels like coal.

The U.S. is now closer to energy independence than anyone who waited in 1970s gas lines could have imagined. As Bloomberg News reports, oil imports fell to about 45 percent of U.S. demand last year and are expected to fall to about 42 percent this year, down from a peak of 60 percent in 2005. More than 80 percent of the country’s demand for power is now met by domestic sources, a phenomenon largely attributable to new horizontal- drilling and hydraulic-fracturing technologies that enable energy companies to tap vast but once-inaccessible underground reserves of natural gas and oil.

All that cheap natural gas has slowly been pushing coal off its perch as the dominant American power source. As of April, natural gas has been producing just as much energy as coal, for the first time since the government began collecting data in 1973. Electricity generated from natural gas — which can be 45 percent cleaner than coal, if done properly — is expected to increase 23 percent this year, as coal-fueled power falls 12 percent, according to the U.S. Energy Information Administration. By 2035, coal is projected to supply just 39 percent of electricity, down from about 45 percent today, according to EIA.

Power primarily from wind, solar, biomass and geothermal sources, meanwhile, is projected to grow 33 percent from 2010 to 2035. By 2020, 10 percent of power is expected to come from renewables, according to Bloomberg New Energy Finance.

Much of this uptick can be credited to $90 billion in government assistance that’s helped the industry get off the ground: Electricity generated from renewable sources such as wind and solar has increased 73 percent since President Barack Obama took office, according to a Bloomberg Government analysis.

The very real potential of greener fuel has also spawned thousands of companies and tens of thousands of jobs, according to industry and White House estimates. It’s still a nascent business, in need of support to compete with an entrenched — and heavily government-subsidized — fossil fuel industry. Given how far clean energy has come, why stop it in its tracks now?

If Romney is looking for ideas, free-market strategies are the way to go. One that is gaining traction in many states is to require utilities to use a certain percentage of electricity generated by renewable power and then let the markets sort out the most efficient way to meet that target.

Even more helpful would be to support a carbon tax — something that two of Romney’s top economic advisers have already called for. This would let the markets decide how much it’s worth to them to send greenhouse gases aloft.

“I like wind and solar like the next person,” Romney said in his speech Thursday. Listeners would be forgiven for thinking that the next person doesn’t like them much at all.