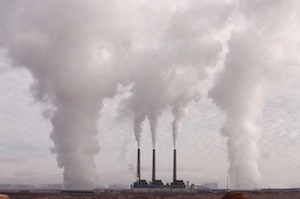 The nine Northeastern and Mid-Atlantic states participating in the Regional Greenhouse Gas Initiative (RGGI) yesterday said that they have proposed a regional emissions cap trajectory that will provide an additional 30 percent cap reduction by the year 2030, relative to 2020 levels.

According to an Aug. 23 joint statement, the proposed reduction is part of a set of draft program elements that will guide RGGI states in their post-2020 path and includes the addition of an emissions containment reserve wherein states can withhold allowances from auction if emission reduction costs are lower than projected.

The RGGI states will seek stakeholder comment on the draft program elements in a public meeting on Sept. 25 before proposing updates to their CO2 budget trading programs.

RGGI is the nation’s first market-based regulatory program to reduce greenhouse gas (GHG) emissions from the power sector through the auction of CO2 allowances and the reinvestment of those proceeds in GHG reduction measures.

Matthew Beaton, Energy and Environmental Affairs Secretary for Massachusetts, said that “the changes proposed to the RGGI program will lower the 2030 cap more than 65 percent below RGGI’s initial emissions cap.”

The RGGI states have already reduced power sector carbon emissions by nearly 50 percent since 2008, while generating more than $2.7 billion in proceeds across the region for reinvestment in programs to benefit consumers and build a stronger and cleaner energy system.