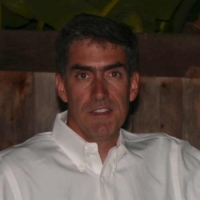 In 2002, California passed AB1207, a measure that set statewide zoning and permitting guidelines for small wind turbines. The result was significant growth for the fledgling small wind industry that year and expectations for continued growth.

Since AB1207 passed, turbine prices have come down and there are now federal incentives for small wind, something previously only enjoyed by solar.  Given these factors, economists would surely predict that small wind would gain a larger share of the renewable market and become a more important component of California’s renewable energy portfolio. But they’d be wrong.

In reality the small wind industry has been decreasing every year since 2002.  The only exception was 2007, when many customers hurried to get permits before AB1207 sunsetted.  While several California small-wind companies were starting up in 2002 to support the growing industry, most are now closed.  What happened?

With so many new small wind applications coming through in 2002, many counties saw an opportunity to bolster their budgets by increasing permitting fees for turbine installation.  To justify these larger fees, as if time somehow represented value added, many counties greatly increased the time required to obtain a permit, sometimes up to two years.  Some counties that were less than enthusiastic about wind turbines simply added insurmountable hurdles to the permitting process, while technically still meeting the state guidelines.  Little by little, it became increasingly difficult to get permits for wind turbines.

Here is an example. One rural city along the central California Coast set permitting fees for small wind turbines at $13,500.  So for a $2,000 turbine that may save $4,000 in energy bills over its lifetime, an applicant must pay a $13,500 permitting fee — that makes no sense.  This fee structure has stifled growth in that area.

What effect has this had on the small wind industry?  Like any industry, financial efficiency depends on volume.  The more turbines a company installs, the better it can reduce costs.  However, when a company knows that at any time the permit pipeline can be indiscriminately shut off by any individual manning the local building permit desk, it will be very hesitant to invest the capital required to get to those levels of efficiency.  With the current permitting environment remaining status quo, the small wind industry is likely to remain a niche business, if it survives at all. And all this is taking place while some of the most efficient small wind turbines are just now hitting the market.

There is a glimmer of hope.  State Assemblyman Sam Blakeslee, who authored AB1207, is now working on AB45. Substantially the same bill, AB45 will give installers at least a small legal leg on which to stand.  Plus, with the increasing focus on renewables, the industry believes the new bill will have a more favorable and sustainable effect on the permitting climate.

With all of the state and federal mandates and high level encouragement for renewables as well as incentives offered by utilities, customers are often surprised to learn their own local government is the main obstacle between them and lower fuel costs and clean energy.  Why are local governments so out-of-step with public sentiment?

It frequently comes down to incentives.  State and federal leaders have great incentive to reduce demand on foreign energy, which affords them greater geo-political capital in global economics.  While many believe the utilities are part of a back-room plot to undermine alternative energy, the renewables groups within the utilities are in fact more likely incentivised to sign up as many net-metering customers as possible for perhaps something as simple as job security, in addition to their sense of mission fulfillment and in some cases to meet their RPS.

But folks at the County permitting office are also incentivised by such basic needs as job security.  Unfortunately, job security for them often comes at the expense of efficiency.  Clearly, America can claim some of the most advanced and reliable construction standards in the world, as well as one of the best-trained and dutiful core of inspectors and engineers in the world.  Nonetheless, it is sad to see when personal interests and agendas come before the good of the state as counties mount unnecessary hurdles.

As an example, in a recent application, the engineer at a building permit counter reviewed small wind turbine plans that had been used quite often before in that same county.  Because the design had been modified with a slight improvement, the engineer claimed he would have to do a complete plan check, which would cost the applicant several hundred dollars in additional fees.  In response, the applicant reminded the engineer that permitting fees were waived for wind power in that county.  Realizing that there was no budgetary benefit for him to further scrutinize the plans, the engineer approved them on the spot.  In most situations, though, fees are not waived and applications go through all sorts of unnecessary processes and levels of approval. These delays don’t help the applicant, but they do cost him dearly in the form of fees and time.

What’s the solution?  Other states have faced similar situations where local permitting agencies placed too many hurdles in the way of solar and wind development, and the solution was implemented to have all renewable energy permits go through a centralized state permitting office.  That may be too drastic a step for California, but perhaps more specific guidelines are needed on what is acceptable for small wind turbines.  Also, quite often state and local permitting laws are crafted by lawyers with very little input from actual industry experts.  As such, many of the laws are years behind current and developing technology.

Usually, zoning laws are created in reaction to the marketplace and in an effort to reign in a new technology.  For once, it would be nice to see the government get ahead of the technology curve and craft some laws that actually embrace and promote a budding industry, especially an industry such as one with the potential for benefit like small wind.

Bob Hayes is the founder and CEO of Prevailing Wind Power, based in Redondo Beach, California.