More
Home Solar Responding to the Competitive Rise of Solar and Gas: The Challenge for... 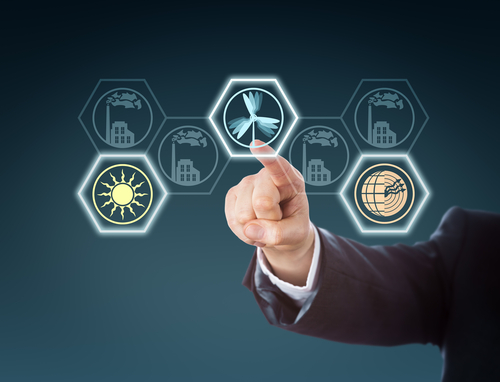 The U.S. wind industry’s growth prospects for the next decade will be shaped by its response to the changing market landscape, including emerging factors such as lower electric demand growth and competition on cost from solar and gas generation. Despite the existence of a select few regions where the quality of wind is strong relative to solar (meaning the economics of new wind generation compete favorably with new solar generation), policies at both the U.S. federal and state level have shifted toward a preference for solar generation in many cases, and more specifically distributed solar generation. This new paradigm will require a more sophisticated approach to competing with energy resource alternatives than simply lobbying for an extension of the Production Tax Credit (PTC).

At the state level, there are two primary mechanisms that have accelerated the adoption of solar (in many cases distributed solar) relative to wind generation over the last several years: renewable portfolio standards (RPS) and/or net energy metering (NEM).

Twenty states and the District of Columbia have created an RPS with specific solar and/or distributed generation (DG) provisions. In addition, two states have non-binding goals. Eight of the 20 states have specific requirements for DG, often focusing on distributed solar. A large portion of the U.S. wind industry’s traditional growth has been to meet state RPSs; however, in recent times, the renewable generation that has been entering the markets has increasingly been solar (utility scale more than distributed solar).

For distributed solar, no policy has been more influential at the state level than NEM. Designed to facilitate DG installation, NEM provides an electricity tariff billing mechanism to allow customers to offset electricity usage with production from a DG system. It also allows them to sell back excess production from DG systems to the utility (typically at either retail rates or the utility’s avoided cost of generation). While the capital costs of distributed solar are higher than utility scale solar, states with retail NEM allow distributed solar owners to be compensated for their investment at a much greater rate than the avoided energy cost or wholesale market price.

However, the growth potential for distributed solar in the U.S. is not without its own risks and pitfalls. Forty-four states, and the District of Columbia, have established NEM programs with 27 of these states having net metering caps. Fifteen of the 27 states have strict cap limits, while the enforcement and adjustment of caps in the other 12 states with net metering legislation like New Jersey and New York is left to the discretion of public utilities commissions. In addition, many states have approved or are considering rate design changes to increase fixed charges, and in some instances, introduce demand charges to address fairness and cost allocation concerns between utility customers with and without distributed solar installations. That option is particularly evident in states like Arizona, where net excess generation is compensated at full retail rates rather than at the utility’s avoided cost of generation.

That said, states with ambitious clean energy aspirations and distributed energy resource goals are likely to raise their caps in the future. For example, in late 2014, New York increased its NEM cap from 3 percent to 6 percent of 2005 peak electric demand. Subsequently, New York expanded its NEM criteria to include projects up to 2 MW which will encourage community solar. More recently, Nevada is contemplating its future NEM cap as it has been recently met.

All of this underlines that a shifting economic and political landscape has contributed to wind losing in market position relative to both solar and natural gas. That situation may only be the start, as other challenges may emerge, such as diminished load growth expectations that result in lower RPS requirements that will increasingly be met by solar generation.

In response, the U.S. wind industry has disproportionately focused its attention on federal subsidies, such as the PTC, seeing that as the key driving force of its future prospects. However, amendments to the PTC will not be sufficient to combat rapidly declining solar costs and very low natural gas prices in order to secure wind generation’s future in U.S. power markets. To be competitive in the long-term, the U.S. wind industry will need to prioritize new strategies to improve its attractiveness within the overall energy policy and economic landscape.

That mandate means that rather than focusing on arguing for changes to a sweeping federal policy, the industry should be developing geographically diverse responses that reflect the local political and environmental context. These responses could range from heightened advocacy for more high voltage grid investment in utility-scale storage as a means to load-shift cheap wind energy to times of higher demand, to transmission as a means of delivering high quality wind energy to load centers. Alternatively, wind strategies could emphasize regions where wind resource quality significantly outweighs solar quality, and distributed energy resource penetration remains low (to help prioritize grid investment in high versus low voltage places on the grid).

All this underlines that with the political and economic landscape favoring alternative technologies, the wind industry has to consider innovative and targeted strategies that go beyond a narrow focus on PTC extension.