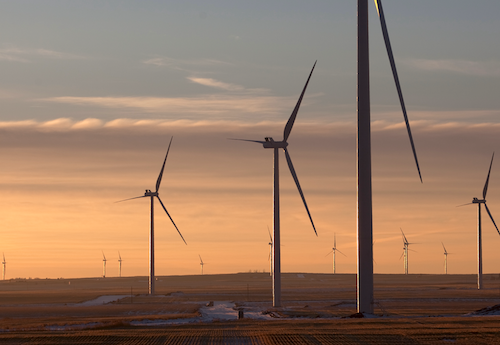 Energy experts and policy makers around the globe are following developments in Alberta and Saskatchewan as they begin the first round of their competitive procurements for renewable electricity. These procurement programs aim to help the provinces achieve their renewable energy targets for 2030.

Under its Climate Leadership Plan, Alberta has set a target of 30 percent renewable generation for the province over the next 13 years, while Saskatchewan is aiming for 50 percent renewable capacity over the same period. Alberta’s system operator, AESO, and Saskatchewan’s crown-owned utility, SaskPower, are currently in the early stages of procuring new renewable generation through a first round of competitive bids.

AESO’s Renewable Energy Program will begin the request for expressions of interest (REOI) phase of its first competitive bid in late March. The bid will procure up to 400 MW of renewable capacity, with an operational date of 2019. This phase will be followed by a request for qualifications (RFQ) period and a request for proposals (RFP) period, with the winners selected in December 2017. SaskPower’s RFQ for up to 200 MW of wind and 10 MW of solar is underway, with in-service dates of late 2020 and late 2018, respectively.

Even with the competitions in progress, developers agree that significant uncertainty remains. The unknowns leave some with more questions than answers, according to Dave Warner, manager of development at EDF EN Canada.

“As of right now, I think the area of concern for developers is a general desire to see more information, get greater clarity into how each of the procurements is anticipated to operate—not just in the first round, but in subsequent rounds as well,” Warner said.

Developer Raymond McKay echoes those sentiments. McKay is vice president for energy solutions at ENMAX, which was recently awarded a contract to supply electricity for the government of Canada’s electricity needs in Alberta. The contract contributes to the federal government’s goal of running all of its operations with renewable energy by 2025.

“Understanding the criteria for success well in advance of the competitions will help developers configure the best possible project,” he explained. McKay also believes that actively seeking input from developers will improve future competitive procurements.

Transparency regarding connection capacity would help developers target the most appropriate locations for new projects. While Alberta performs better on this front, more information on where the interconnection system is in greatest need of power injection from both provinces would lead to proposals that offer maximum value for ratepayers.

Conversely, knowing where the interconnection system is best suited to handle an influx of additional capacity will prevent developers from spending “their own money by proposing projects in areas that have little or no expectation of ever having interconnection capacity,” Warner said. “It also avoids wasting the utility’s time in evaluating opportunities that have, again, no opportunity or chance to interconnect.”

Setting targets that give developers adequate time to plan and complete projects is also critical to program success. While projects that have already begun the permitting process or field studies may be able to meet in-service dates, those that aren’t yet underway may face significant challenges, particularly in Saskatchewan.

“In Saskatchewan, even though the COD is essentially 6-12 months after COD in Alberta, I actually think that there may be more challenges facing that in-service date,” Warner said. “I think that if SaskPower was open to an in-service date toward the end of 2020 that would allow proponents enough time to work with local regulators and the local community to fully flesh out any possible issues or mitigate any concerns on their sites ahead of that construction timeline.”

Schedule concerns are largely driven by how long it takes to permit a site in Saskatchewan and Alberta. The government will need to add staffing to keep up with the avalanche of applications, Warner stated, adding, “I think the government may find itself somewhat congested with respect to bandwidth of its staff, and how many qualified staff and experienced staff are available to ensure that that flood of applications can be reviewed in a timely manner.”

“Permitting requirements are becoming more stringent [and] adding time to the development cycle, at the same time the REP terms are placing schedule risk on developers,” McKay explained. For this reason, administrators should announce subsequent REPs and disclose criteria well in advance of the required in-service date.

In Alberta, AESO hasn’t yet released enough information to enable developers to determine whether they can meet those in-service dates, asserts José Maria Sánchez Seara, president and CEO of NaturEner Canada, a renewable energy IPP that works mainly in Alberta.

“The permitting process in Alberta is lengthy, and does not reconcile well with the timelines that the AESO is working with on this competitive process,” he said. Its length and inflexibility also make it difficult to keep pace with the steady evolution of renewable generation technology. Permitting takes 3-5 years in Alberta, by which time the technology a developer has proposed may already be obsolete.

Despite existing challenges, some experts think the volume of renewable generation may expand beyond current targets through further procurements and private contracts, particularly in Alberta’s open market. Rooftop solar for residential, municipal, and industrial facilities has already seen significant growth in Alberta over the last few years, and ENMAX plans to continue investing in renewable generation, according to McKay.

Time will tell whether this growth will also occur in Saskatchewan, Warner says.

“I think Saskatchewan has industrial clients who would be interested in a behind-the-fence, or virtual PPA model,” Warner said. “However, I think there are a few more regulatory hurdles that would have to be overcome in Saskatchewan to allow that to actually happen.”

Questions remain regarding how the transition to a capacity market might affect renewable energy projects. The change is unlikely to affect new opportunities directly because the Renewable Electricity Program provides facilities with a fixed energy price, essentially isolating projects from market evolution.

Even so, Sánchez Seara believes there may be an impact on system operators. In addition, “the capacity market could have a material impact on the viability of existing renewables, which would weaken investor confidence and limit the success of future REPs,” McKay explained.

As a result, ENMAX has concerns about how its existing wind farms will be treated as the sector transitions to a capacity market. Citing the 300-MW Blackspring Ridge wind facility it co-owns with Enbridge, EDF EN Canada also has significant concerns regarding the effect a capacity market will have on incumbent wind generators.

How Will the Procurements Affect Communities?

A critical question is how communities view renewable energy programs, and how those programs will ultimately affect the people they’re intended to serve. Making more information on connection capacity available generally — rather than within the context of a specific competition — will lead to a more natural energy evolution, rather than a sudden “gold rush” mentality that overwhelms communities, Warner theorizes.

“I think if people have a more broad understanding of where value can be delivered to the utilities or to the ratepayers, [that] allows companies time to develop at a pace and manner which is consistent with or demonstrating respect for the local environment,” he said. In other words, communities won’t feel rushed to either accept or deny specific projects in their backyards.

Communities like the Montana First Nation of Maskwacis, Alberta are embracing renewable energy. The Nation owns Green Arrow Corp. Akamihk, Canada’s first aboriginal renewable energy corporation. A 100-kW solar system powers the community’s own administration office, which serves as a multipurpose building. It also has a 60-kW solar array on its new water treatment plant, and panels for five residences.

“We experienced challenges in the initial investment of a renewable project,” Economic Development Officer Vickie Wetchie said. “Another obstacle was ensuring feasibility studies were done for projects to be sustainable and fall in line with the goals of the community.”

The results have been well worth the effort, however. Going solar has reduced the community’s energy costs, allowing it to use the savings for other needs, such as housing, roads, and economic development.

Partnerships with investors and service providers will be crucial to helping localities transition to renewable energy sources. There are special considerations that organizations should take into account when working with aboriginal communities, however.

“The businesses seeking relationships with First Nations should be gathering information on the communities they may like to work with,” Wetchie advised. “Traditional territories and protocols should be acknowledged and practiced in regards to promoting a respectful community engagement process.”

The consensus regarding the long-term viability of Western Canada’s renewable energy programs is one of optimism. While investors need confidence that long-term energy contracts will be honored by current and future governments, it’s also clear that the winds are blowing in the direction of renewables.

“I think that the risks that face these programs will always remain, but I think it will shift…from a binary ‘if this party is in power, then there’s procurement, and if that party’s in power, there isn’t’ to more nuanced understandings of how programs can be tweaked and improved,” Warner said. “I don’t believe that they will just abruptly stop given a particular party’s election, especially when candidates consider the significant number of jobs and regional investment these types of programs bring to the province…and given how cost-effective renewables are…It isn’t somebody’s wishful thinking anymore. It’s now the real solution to our energy needs long-term.”

Sánchez Seara agrees: “I think that there is tremendous momentum in that direction, and a momentum that is going to be difficult to change, no matter who sits in Edmonton.”

All the interviewees for this article will be participating in the Alberta and Saskatchewan Renewable Energy Summit, June 5-6, Calgary