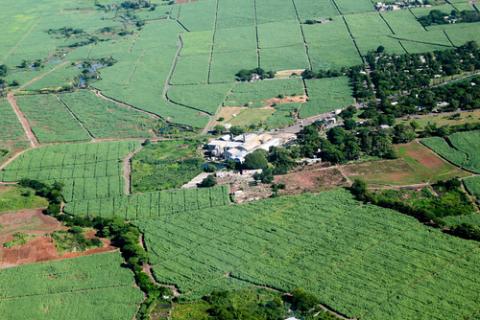 Energy from biomass, wind, solar and hydropower sources will contribute 11.4 gigawatts to the grid “in future,” Minister in the Presidency Jeff Radebe told reporters in Pretoria, without giving a time line. It’s currently procuring 3,725 megawatts from clean sources in a five-round program estimated at $12 billion and plans another 3,200 megawatts when the process is completed.

Africa’s biggest economy is under pressure as Eskom Holdings SOC Ltd., which provides more than 95 percent of the country’s electricity, struggles to meet demand for power with aging coal-fired plants. The government’s plan to address the power emergency includes helping Eskom to raise cash for diesel it needs to run emergency generators, importing gas and buying more electricity from independent producers in the sugar, paper and pulp industries, Radebe said.

“The lack of sufficient capacity to meet the country’s energy needs remains a challenge,” Radebe said. “All attempts are being made to ensure that we overcome the tight energy situation.”

The government currently buys 1,390 megawatts of electricity from independent power producers and will extend those contracts for three years when they expire in March, Energy Minister Tina Joemat-Pettersson said at the same briefing.

“Beyond that, government will start a procurement process for additional co-generation opportunities,” she said, without giving details. Requests for proposals to get 800 megawatts capacity from sugar and paper producers will be issued by the end of January, she said.

South Africa’s sugar industry proposed in July that 20.4 billion rand [US $1.8 billion] be invested in 15 cane-fueled power projects that could create as much as 712 megawatts of capacity to help address electricity shortages. Implementation is contingent on the government agreeing to power-purchase agreements that will cover fuel and operating costs and provide for an appropriate return on capital, the South African Sugar Association said.

Tongaat Hulett Ltd., South Africa’s biggest sugar producer, will be able to eventually produce 300 megawatts of power, with the first 95 megawatts coming from installing a high-pressure boiler at one of its mills, it said last month.