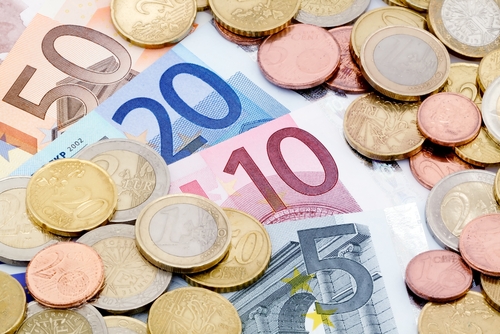 BRUSSELS — The European Union granted 1.2 billion euros ($1.58 billion) in subsidies to 23 renewable- energy projects under a program to promote low-carbon technology as a part of the fight against global warming.

The aid for the projects located in 16 EU countries including France, Germany, Greece, Poland and the U.K. comes from the sale of allowances to emit carbon dioxide set aside in a special reserve under Europe’s cap-and-trade program, known as NER300. Today’s announcement covers proceeds from the first tranche of 200 million allowances sold this year and last year.

The projects, ranging from biofuels to solar and wind power, will boost annual renewable energy output in Europe by around 10 terrawatt-hours, an amount equivalent to the yearly fuel consumption of more than a million passenger cars, the European Commission, the bloc’s executive, said in a statement. The aim is to demonstrate technologies that will help scale up clean energy production in the region.

“The NER300 program is in effect a ’Robin Hood’ mechanism that makes polluters pay for large-scale demonstration of new low-carbon technologies,” EU Climate Commissioner Connie Hedegaard said in a statement. “The 1.2 billion euros of grants — paid by the polluters — will leverage a further 2 billion euros of private investment.”

The biggest subsidies under today’s decision were granted to the advanced biofuels projects Woodspirit in Netherlands and UPM Stracel BTL in France, which got 199 million euros and 170 million euros, respectively. The Veja Mate offshore wind-farm project in Germany ranks third with 112.6 million euros.

No carbon capture and storage demonstration projects got subsidies under the first portion of the EU aid. When it launched the contest two years ago, the bloc aimed to fund at least eight CCS projects, saying the emissions-avoiding technologies at coal-fired power plants will help meet Europe’s goal of reducing greenhouse gases including CO2 by a fifth in 2020 compared with 1990. Most CCS projects were not confirmed by national governments and could not be considered for funding, according to the commission.

“Member states were unable to confirm the projects for various reasons: in some cases there were funding gaps, while in others the projects were not sufficiently advanced to allow for confirmation within the timeframe of the first call for proposals,” it said in a statement published in Brussels.

The 275 million euros envisaged for CCS projects in the first part of the contest remains available to fund projects under the second phase, which will cover 100 million of CO2 allowances. The EU said today it wants to open the next round of the contest “swiftly.”

The value of the reserve for new entrants to the EU emissions trading system shrank as the price of allowances dropped 56 percent in the past two years amid a crisis. EU permits for delivery in December 2013 rose 1 percent to 6.77 euros a metric ton on the ICE Futures Europe exchange as of 11:32 a.m. in London. The EU tasked the European Investment Bank with selling NER300 allowances.

The EU emissions-trading program, the world’s biggest greenhouse-gas market, is a cornerstone of European efforts to tackle the heat waves, storms and floods tied to climate change. The system started in 2005 with a three-year trading period, is now in a second phase that ends this year and will enter a third stage running from 2013 through 2020.