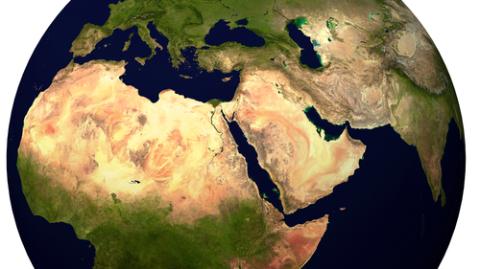 DUBAI — Clean energy assets in the Middle East and North Africa will more than double in capacity by the end of next year, the Dii GmbH industry association said.

Solar and wind generation capacity will rise to 3.9 gigawatts in 2015 from more than 1.5 gigawatts now, Paul van Son, chief executive officer of the Munich-based trade association known as Desertec, said in an interview in Dubai March 4.

Governments are looking to clean energy to meet rising demand for power and to conserve fossil fuels for export. Oil-producing countries in the Persian Gulf plan to boost solar output, which will distributerenewable energy more evenly across the region, Van Son said. Most of the region’s green energy assets are wind plants in North Africa, he said.

“The demand is here,” Van Son said. “Production costs for power are lower than in Europe, where the supply-side trend is to higher cost.” Once supply is developed and power grids are connected, Europe and the MENA region will constitute a single, linked power market, he said.

The Middle East and North Africa will need more than $50 billion in investments by the end of the decade to add as much as 15,000 megawatts of solar-generating capacity, the Middle East Solar Industry Association and MEED Insight said in a report Jan. 20.

To help such projects, Desertec is developing a $30 million fund to promote start-up generation that would otherwise not find financing, Van Son said. A lack of clear rules and methods of paying producers add to funding difficulties, he said.