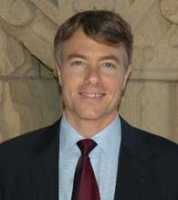 If you had asked me a couple of years ago, I would have said that solar power, the fastest-growing segment of renewable energy today, is by its nature non-centralized: Power where it’s needed, competing with retail prices.

This idea has become so ingrained in the photovoltaics (PV) industry that I find it cropping up on the websites of small solar installers, who liken rooftop solar to mobile phones. There’s some truth to that idea, but there is more to the story. My thinking shifted while listening to a company presentation* about the increasingly large scale of PV installations. There is a large and growing market, they reminded me, for solar power installations for major purchasers of electricity. This was around the time that Google announced their commitment to a 1.6 megawatt PV installation at their headquarters-the largest installation in the U.S. at the time and one of the largest in the world.

Google’s headquarters to have 1.6 megawatt solar electric installation. Listening to that presentation I realized that something that happened in wind power now seems to be happening in solar power: installations are scaling up. In the margins of my notes I sketched an image familiar to anyone who knows the history of wind power: a line of increasingly large wind turbines.