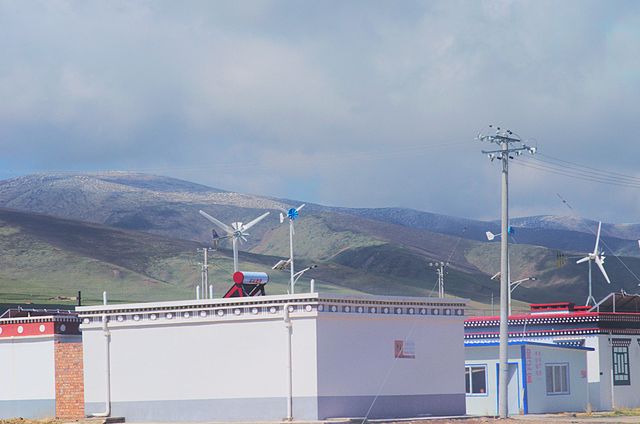 The northwest province of Qinghai aims to use only electricity generated from renewable sources, including hydroelectric power, for its population of about 6 million over a 15-day period starting June 9, State Grid Qinghai Electric Power Co. said Wednesday. That would top the nine-day record set last year.

“Provincial grids were further expanded and strengthened” from last year, general manager Qi Taiyuan said in a statement. The move will “create a new example of energy transition in Qinghai.”

China is trying to boost its renewable power consumption while easing reliance on coal and curbing pollution. Measures include setting mandatory targets for clean energy use and reducing solar and wind power wastage. Qinghai’s clean power use reached 78% of total energy consumption last year, up 13 percentage points from the year before, according to the National Energy Administration.

The Qinghai move is “like a stress test,” said Tian Miao, an analyst at Everbright Sun Hung Kai Co. in Beijing. “It wants to see how an increase in solar and wind power use will affect grids under extreme circumstances, and what can be done.”

The company said it will make use of energy storage to help level out peaks in electricity use over the period. It also introduced a green power index to evaluate clean energy development in the province.

“It’s an attempt to see if they can do without fossil fuels for a longer period,” said Kou Nannan, head of China research at BloombergNEF. Qinghai chose this time for the test based on weather forecasts and historical data on electricity demand and supply, he said.