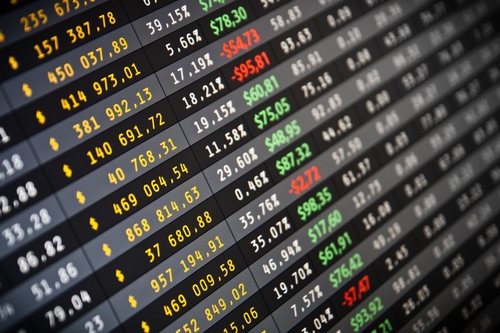 NEW YORK CITY — Traders are betting that Western Wind Energy Corp.’s executives will persuade suitors to top what’s already the most expensive valuation for an alternative- energy takeover on record.

Shares of Western Wind, the Vancouver-based operator and developer of wind farms and solar projects that put itself up for sale in July, closed yesterday 11 percent above a C$2.50-a- share proposal from Brookfield RenewableEnergy Partners LP. That’s the biggest premium to its offer among pending cash deals in Canada, according to data compiled by Bloomberg, a sign investors project Western Wind will secure a better price.

While Brookfield’s offer represents the industry’s steepest multiple of earnings before interest, taxes, depreciation and amortization, Western Wind is still conducting an auction and said interest from other potential bidders indicates that the C$460 million ($463 million) bid is too low. With Chief Executive Officer Jeff Ciachurski set to receive a C$2 million bonus if he can sell Western Wind for at least C$3 a share, Fraser Mackenzie said it could fetch as much as C$4. The company may lure utilities and independent power producers such as Algonquin Power & Utilities Corp., Jacob Securities Inc. said.

“The market’s implying some probability of a higher offer,” Wojtek Nowak, a Toronto-based analyst with Fraser Mackenzie, said in a telephone interview. “Management is highly motivated to get a higher price. They’ve already got assets up and running, which is quite attractive to an operator” and “there is a growth angle that would add additional value” for a buyer, he said.

Western Wind, the owner of more than 500 wind turbines, operates wind farms in California and a combined wind-and-solar plant in Arizona. It’s also developing a project in Puerto Rico.

The company put itself up for sale on July 30, saying it aimed to relieve the “consistent suffering” its shareholders have endured after the stock plunged to as low as C$1.14 that month, a 43 percent drop from the start of the year.

Western Wind fell this year in part because the company received only a portion of a $90.5 million U.S. Treasury Department grant it applied for to fund one of its California wind farms. The stock also dropped along with other wind-power producers as investors remained skeptical of the demand for renewable energy. The Bloomberg Industries Global Wind Energy Index has slumped 33 percent so far in 2012.

Brookfield, a developer and operator of wind and hydroelectric projects in North America and Brazil, offered to buy the company for C$2.50 a share after the market closed Nov. 23. While the bid was just a 2.9 percent premium to Western Wind’s price that day, it’s 40 percent higher than the stock’s closing level July 30. That day, the shares soared 50 percent to C$1.78 after Western Wind said it would seek a buyer.

A deal for C$2.50 a share would value Western Wind at 56 times its Ebitda for the last 12 months, the richest multiple ever paid in a takeover of an alternative-energy producer, data compiled by Bloomberg show. The company will release third- quarter results after the close of trading today.

Still, Western Wind, which rejected an offer last year from Algonquin Power for the same price, says the bid is too low. Expressions of interest received from auction participants that are conducting due diligence on Western Wind “would imply a value significantly greater than that which Brookfield intends to offer,” the company said in a statement released this week in response to Brookfield’s bid.

“Due to the level of interest and offer price, we believe more offers will be presented,” Ian Tharp, an analyst with Canadian Imperial Bank of Commerce in Toronto, wrote in a note to clients this week.

Ciachurski, Western Wind’s CEO, said in an interview Sept. 12 that he expects a buyer to pay between C$3.75 and C$4.50 a share. He will receive a C$2 million bonus if he secures a deal for C$3 a share or more, according to a regulatory filing. For each additional dollar bid, up to C$7 a share, his payout increases by C$1 million.

“It aligns the CEO’s interest with shareholders to get the highest bid possible,” John McIlveen, a Toronto-based analyst with Jacob Securities, said in a phone interview.

Western Wind shares have traded above Brookfield’s bid each day since it was made public and ended yesterday at C$2.77, signaling traders anticipate competing offers. The 11 percent premium to the deal price is also larger than any other pending all-cash deal in Canada, data compiled by Bloomberg show.

There are “many buyers at the table” larger than Brookfield, Ciachurski said in an e-mailed response to questions yesterday. Brookfield, referred to as BEP by Ciachurski, “is trying to force a faster sale but shareholders will run the show. The more shareholders ignore BEP, the higher the price they will get.” He declined to name any interested parties or comment further on the sale process.

Shareholders have until Jan. 28 to tender their shares to Brookfield, which already owns a 16 percent stake in the company.

“Investors can hold out for the next couple of months to see if anything else comes out of the auction process,” Fraser Mackenzie’s Nowak said. “If nothing does, they have Brookfield’s bid to fall back on. That’s the advantageous part for investors in the stock.”

Andrew Willis, a spokesman for Hamilton, Bermuda-based Brookfield, said yesterday that the company isn’t commenting beyond its statement, when asked whether it would increase its offer or consider selling its stake to rival bidders.

Nowak estimates Western Wind is worth C$3 to C$4 a share in a deal, or as much as 60 percent more than Brookfield’s bid, because of the potential to reduce overhead expenses. Some buyers may find C$1.50 a share in additional value from Western Wind tax credits that could be used to reduce their U.S. taxable income, he said.

Other interested parties may include independent power producers such as Algonquin Power, Atlantic Power Corp. and Northland Power Inc. as well as large utilities, said McIlveen at Jacob Securities.

Representatives for Oakville, Ontario-based Algonquin Power and Boston-based Atlantic Power didn’t respond to phone calls or e-mails seeking comment on whether the companies are involved in Western Wind’s auction.

Among the independent power producers, “it would be a company that already has quite a bit of existing U.S. assets in order to take advantage of the tax benefits,” McIlveen said. On the other hand, “utilities are the most likely to pay a higher price because their cost of capital is much lower. Utilities do want online assets and California does have a renewable- portfolio standard.”

Twenty-nine states and the District of Columbia have so- called renewable-portfolio standards mandating that a certain percentage of the power that utilities sell to retail customers be produced from wind, solar or other renewable sources. California has the second-highest target in the nation, requiring 33 percent by 2020, according to data compiled by North Carolina State University.

Even though Western Wind received other expressions of interest and Ciachurski has an incentive to seek a higher price, there’s no guarantee that any rival offers will surface.

Credit Suisse Group AG analysts Andrew Kuske and Paul Tan said Brookfield’s existing 16 percent stake in the company may be enough of an obstacle to keep other potential acquirers from making a counterbid.

The stake “will substantially dissuade some competing offers,” the analysts wrote in a Nov. 26 note to clients.

Still, the recent decline in Western Wind and other wind- energy stocks has created an opportunity for buyers willing to bet on the industry, said Amy Grace, a New York-based analyst with Bloomberg New Energy Finance.

“You have buyers hunting around for discounts on assets, either for the operating assets because they’re a pretty stable revenue source, but also the development assets because they may think in the short term there’s no demand for wind but that eventually there will be,” she said in a phone interview. Some “are looking to take advantage of that opportunity, particularly the ones who have a bit of a cash advantage and are larger companies that can buy up these assets on the cheap.”

Jacob Securities’s McIlveen said that while C$2.50 a share is a fair price for Western Wind’s facilities that are already producing energy, it doesn’t account for the tax benefits nor its projects in development, such as the planned Yabucoa facility in Puerto Rico. Western Wind already has an agreement to supply the island’s power authority with energy credits.

Brookfield’s bid “is a good ballpark for what the online assets are, but I think eventually the price will be a little bit higher,” McIlveen said. “This should all unfold by the expiry of the Brookfield offer. We’ll see who the ultimate bidder is by that time and know what the price is. I do think it will be higher than C$2.50.”

Lead image: Stock board via Shutterstock