A recent NREL report, Financing U.S. Renewable Energy Projects Through Public Capital Vehicles: Qualitative and Quantitative Benefits, highlights the benefits and challenges of renewable energy access to public capital through various investment mechanisms, such as asset-backed securities (ABS) (see Figure 1) and master limited partnerships (MLP). The report also quantifies the potential effect on the levelized cost of energy (LCOE) for wind and solar technologies with the application of public capital finance to the project or portfolio capital stack. 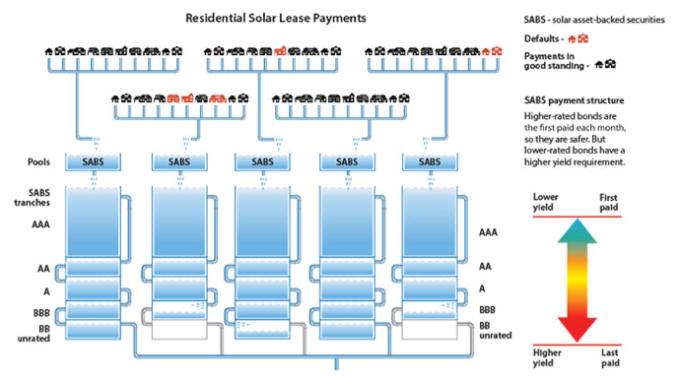 The report identifies two basic methods by which public capital could be applied to renewable energy projects:

According to NREL’s analysis, increasing the use of public capital can lower a project’s LCOE associated with solar and wind deployment by roughly 8–16 percent (and perhaps more), depending on the source of financing it replaces (e.g., debt or tax equity) and other assumptions.

Figure 2 represents the range of LCOEs calculated for residential- and utility-scale solar facilities under traditional, ABS, and MLP financing structures in 2017 when the investment tax credit reverts from 30 percent to its long-term rate of 10 percent. 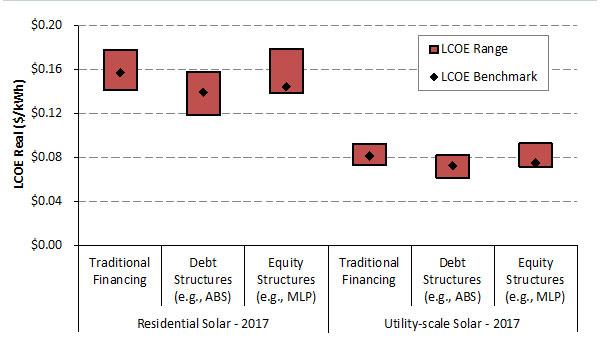 Figure 2. Comparison of LCOE for residential- and utility-scale solar projects 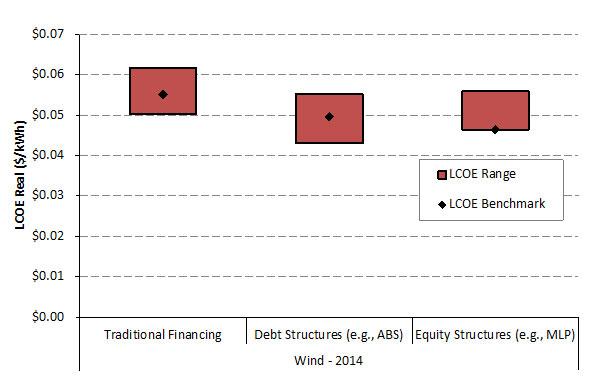 Reductions in the cost of capital and thus the cost of energy for renewable energy would be a competitive boost for these technologies, opening more avenues for deployment without increasing policy support. The greatest benefits of successful access to capital markets might not be in reduced LCOE, however, but in the ability to expand the scale and increase the speed of solar deployment. These benefits were not estimated in the report.

Stay tuned on NREL’s Renewable Energy Project Finance website for more to come on public capital, securitization, and the potential for financial markets to get more steel in the ground.