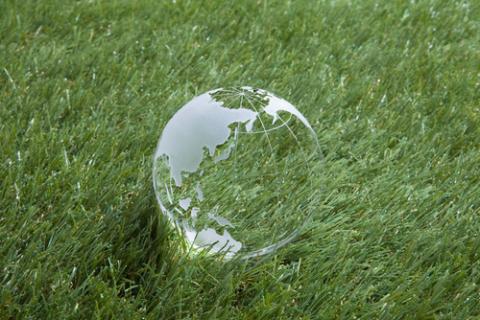 A study of 55 nations — including China, Brazil, South Africa, Uruguay and Kenya — found that they’ve installed a combined 142 gigawatts from 2008 to 2013. The 143 percent growth in renewables in those markets compares with an 84 percent rate in wealthier nations, which installed 213 megawatts, according to a report released today by Climatescope.

The boom in renewables is often made for economic reasons, Ethan Zindler, a Washington-based Bloomberg New Energy Finance analyst, said in an interview. An island nation like Jamaica, where wholesale power costs about $300 a megawatt-hour, could generate electricity from solar panels for about half as much. Similarly, wind power in Nicaragua may be half as expensive as traditional energy.

“Clean energy is the low-cost option in a lot of these countries,” Zindler said by telephone. “The technologies are cost-competitive right now. Not in the future, but right now.”

Climatescope was developed two years ago by Bloomberg New Energy Finance, the Multilateral Investment Fund of the Inter-American Development Bank Group and the U.K. Government Department for International Development to track clean energy in 26 Latin American and Caribbean nations. This year’s report includes 19 African nations and 10 in Asia, research supported in part by the U.S. Agency for International Development.

The nations included in the study increased total renewables investment to $122 billion last year, more than double the 2007 sum of $59.3 billion.

The 55 nations in the Climatescope study have passed more than 450 measures linked to renewables, including South Africa’s renewables program, which awarded 17 bids for projects about a year ago. About $10 billion has been invested in that country in the past two years.

“They’re very proactively trying to build their clean energy economies themselves,” Zindler said. “They’ve learned a lot of the lessons about what it takes to grow clean-energy capacity and are taking steps to do it.”

The International Energy Agency said Oct. 13 that renewable energy and hydropower will supply almost half of the generation required for growth in Africa through 2040, as the sub-Saharan economy quadruples. Energy use in that region, up 45 percent since 2000, is expected to climb 80 percent through 2040.