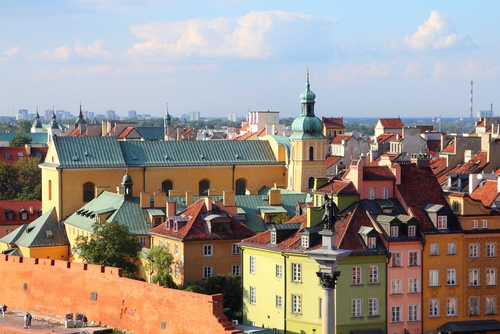 WARSAW — Poland will from next year increase its short-term targets for renewable energy use as output surpasses plans, damping the price of green certificates.

Under a decree signed by the economy minister yesterday, utilities will have to increase the share of green energy sold to end users by about 1 percentage point a year, Janusz Pilitowski, director of the Economy Ministry’s renewable energy department, said today in Warsaw.

The share of electricity from renewable sources will this year probably reach 11 percent, compared with a 10.4 percent requirement set in 2008, mainly thanks to biomass use in power generation, he said.

The price of green certificates averaged 248.61 zloty ($78.99) a megawatt-hour in September, down 7.4 percent from last year. The certificates, issued by the country’s energy regulator to guarantee that power was produced from renewable sources, traded at 227.99 zloty yesterday, data from the Polish power exchange show.

“An increased obligation will generate demand for certificates,” Pilitowski said.

Along with increased targets for renewable output, the law eliminates support for use of high-quality wood as biomass in power generation, which resulted in a surge of prices for the commodity used in other industries. Meanwhile, operators will be given more time to upgrade and use units fueled by biomass.