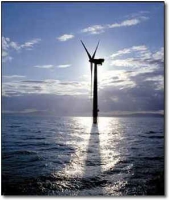 Boston, Massachusetts [RenewableEnergyAccess.com] The proposed 420 MW offshore wind farm proposal from the Massachusetts-based Cape Wind Associates has undergone nearly three years of intense research to determine its potential effects on the area. During that time, the proposal has been met with both sincere anticipation from renewable energy proponents and fierce, organized opposition. The project now enters a new phase with the official completion of the 3,800 page Draft Environmental Impact Statement (DEIS) released by the Army Corps of Engineers. The report appears to assuage some persistent concerns that have been levied upon the project and may well be one of the project’s last major hurdles before planning permission.