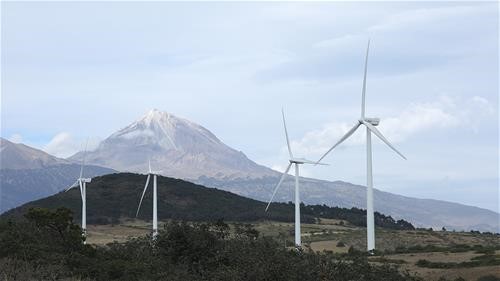 Yesterday, PepsiCo Inc. and REI Co-op announced major renewable energy commitments. PepsiCo now aims to source 100% renewable electricity across its company owned and controlled operations globally by 2030 and across its entire franchise and third-party operations by 2040. While REI Co-op announced that is has completed a 14-year commitment to be carbon neutral in its operations by 2020. REI Co-op also launched a new climate platform that will more than halve its carbon footprint over the next decade – even as the company anticipates future growth.

PepsiCo’s transition could reduce approximately 2.5 million metric tons of greenhouse gas (GHG) emissions by 2040 according to the company. This announcement also builds on PepsiCo’s efforts to increase use of renewable energy sources and transition to renewable electricity in the U.S., under the Business Ambition for 1.5°C pledge, announced earlier this year. The company is also a part of RE100, an initiative led by the Climate Group.

Thus far, PepsiCo has made significant progress in reducing GHG emissions throughout its value chain – from working with farmers to implement carbon-efficient practices through its global Sustainable Farming Program to operating one of the largest electric fleets in North America. Currently, the company procures renewable electricity in 18 countries, nine of which already meet 100% of their electricity demand from renewable sources.

Overall, PepsiCo will employ a diversified portfolio of solutions, including Power Purchase Agreements (PPAs) that will support the development of new projects such as solar and wind farms globally. The company also continues expansion on its onsite wind and solar projects at its facilities, including at the company’s global headquarters in Purchase, NY, which installed rooftop solar energy panels earlier this year.

“With the devastating effects of climate change being felt around the world, and the global food system under significant strain, accelerated action is needed,” said Jim Andrew, Chief Sustainability Officer, PepsiCo. “We know the responsibility that comes with our size and scale, so transitioning PepsiCo’s global business operations to 100% renewable electricity is the right step forward to deliver meaningful impact as we continue to advance our sustainability agenda.”

In related news, REI Co-op said that in addition to meeting the goals it set for itself 14 years ago, it will now build on that work.

The company will formally join Climate Neutral and will hold itself financially accountable for each unit of carbon it emits in its own operations, which is estimated to be a quarter million tons of carbon in 2020. As a retailer, the co-op’s broader footprint also effects the emissions embedded in products from more than 1,000 brands it sells. REI will work with this diverse group of brands, mostly small businesses, to create shared solutions.

REI said it will invest in projects that actively pull carbon out of the atmosphere, like planting more trees in cities and suburbs, reforestation and active forest management; and advocating for nationwide policies that reduce future emissions, like cleaner transportation infrastructure and clean energy solutions. The company also aims to pursue recycled and lower impact materials in its manufacturing, efficiencies in its supply chain and the elimination of excess packaging.

Further, REI committed to planting 1 million trees by 2030 as part of the global 1 Trillion Trees initiative, which aims to conserve, restore and grow 1 trillion trees around the world over the next decade.

“The climate crisis is the greatest threat to the future of life outdoors and to REI’s business. The science is clear about what we, as a society, need to do to change that future. The world must halve its greenhouse gasses emissions by 2030, so that’s where REI – and the broader outdoor community – must lead,” said REI Co-op President and CEO Eric Artz.