Parts of several wind turbines at the Smøla project will be painted black as part of the programme to make them more visible to birds, thus reducing the risk of collisions, proponents say.

In order to prevent large birds, such as white-tailed eagles, from flying into the turbines, four machines will have one of their three rotor blades painted.

To prevent collisions with smaller lower-flying birds, like the local Smøla grouse, researchers will also look at whether increased contrast at the lower part of the turbine tower might reduce the problem. 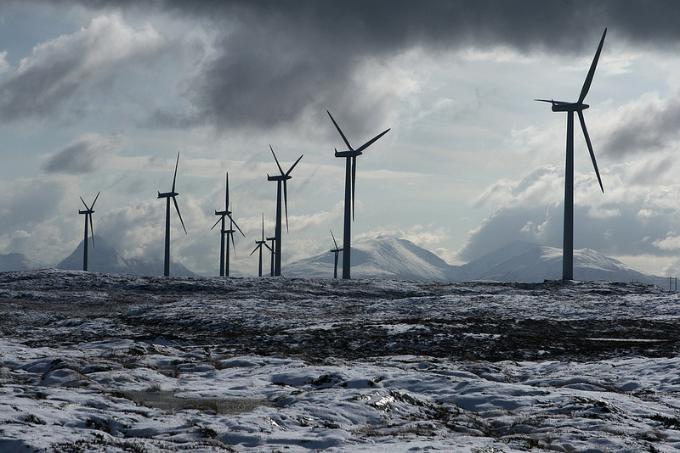 In addition, along with the high contrast black paint experiments, similar tests will be carried out with UV light. Birds see UV much better than people do, and installing UV lamps on one or more wind turbines can potentially make them more visible. If the trial proves successful, the programme might also test out UV-reflecting paint, which is invisible to the human eye, but highly visible to birds.

Aiming to confirm whether contrast painting might lead to fewer avian deaths associated with on- and offshore wind farms, the INTACT project is a collaborative venture between several players in the power industry and government administration.

Energy Norway is the project owner, while Statkraft, Statoil, Vattenfall, Trønder Energi Kraft, NVE and NINA are partners in the project, which also receives support from the Research Council of Norway.

Located in Smøla municipality in the county of Møre og Romsdal, the 150 MW wind farm consists of 68 turbines and is situated in a flat and open terrain, 10-40 metres above sea level. Average annual production is 356 GWh.

“Countless hours of research have been spent on this issue since the Smøla wind farm was completed in 2005, and there are few places in the world where so much is known about bird behaviour in the vicinity of wind power generation,” says biologist and senior environmental advisor Bjørn Iuell at Statkraft.

“The idea of using some sort of paint is certainly very interesting,” adds Iuell. 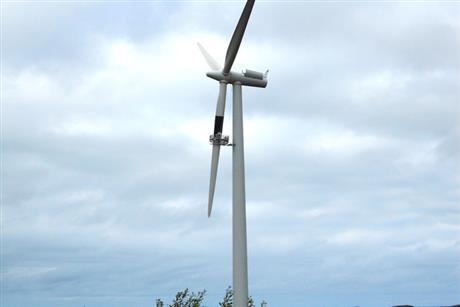 “There are some methods on the market today, most of them still in the experimental phase, which are intended to scare birds away from wind turbines. The problem is that most of them depend on both power supply and advanced technology, and this makes them less practical for offshore use, for instance. Paint is much simpler. It can be applied to the installations during the production phase, with no additional resources needed for operation and maintenance,” Iuell concludes.

Images: Smøla wind farm and a blade being painted on a turbine there, both courtesy of Statkraft.