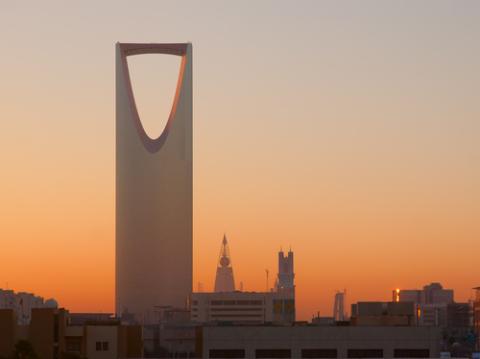 DUBAI — Two of the largest oil producers are readying the Middle East’s first big push into renewable energy, planning solar-power plants that will need more than $1.5 billion in financing by the end of 2014.

Saudi Arabia, the biggest member of the Organization of Petroleum Exporting Countries, and the United Arab Emirates, fourth-biggest in the group, are seeking to add 1,000 megawatts of solar capacity, enough to electrify 200,000 homes. The forecast expansion, which includes Jordan, will require loans and export credits, said Vahid Fotuhi, president of the Dubai- based Emirates Solar Industry Association.

Governments across the Middle East and North Africa consider sun and wind energy as crucial for meeting the needs of growing populations and economies, with Saudi Arabia leading the way. Oil-producers want to develop renewables to conserve more crude for export, while countries relying on imported fuel see local green power as a cheaper alternative. State support for utilities and a growth in regional power demand of about 5 percent a year mean companies such as Abu Dhabi National Energy Co. can borrow at rates that are 100 basis points, or 1 percentage point, lower than Spain’s Abengoa Solar SA.

“If you see a rising population and rising energy demand, that really helps the risk profile,” Amol Shitole, a credit analyst with SJS Markets Ltd. in Bangalore, India, said by telephone July 25. Projects that can pair local companies with international power-plant developers already known to lenders will have “strong support from banks,” he said.

Renewables investment in the Middle East and North Africa rose 40 percent last year to $2.9 billion, according to the International Renewable Energy Agency. Spending on more than 100 projects under development, including those for solar, wind and geothermal power, could surge to about $13 billion in a few years, Abu Dhabi-based IRENA said yesterday in a report released jointly with U.A.E. government and a research group called the Renewable Energy Policy Network.

Saudi Arabia, the world’s largest oil exporter, plans to invest more than $100 billion to generate about 41,000 megawatts from solar energy, or a third of its total power output, by 2032. That compares with about 16 megawatts of solar capacity today, a level that places the kingdom behind Egypt, Morocco, Algeria and the U.A.E., according to Bloomberg New Energy Finance.

Abengoa Solar, a partner in an Abu Dhabi sun-power plant, borrowed $142 million at 175 basis points more than Libor, according to data compiled by Bloomberg. Costs are even higher for First Solar Inc., the largest U.S. solar manufacturer and builder of Dubai’s first solar electricity plant, which arranged a $431 million secured letter of credit at 225 basis points more than Libor, data gathered by Bloomberg show.

“Bank loans will be the way to go for financing,” rather than bond sales, said Shitole of SJS. Startup renewables projects would borrow more cheaply using loans and could issue bonds later to refinance their bank debt once the plants are earning steady income necessary to make regular interest payments, he said.

“The Saudi market already has an attractive framework for building and funding traditional power plants, and liquidity is ample in local banks,” Mercieca said. “Appetite is going to be substantial” for the funding of such projects, he said.

Taqa and its partners in the Ruwais Power Co. last week became the region’s second company to sell a project bond, with repayment of interest linked to the utility’s profit. The S2 power plant raised $825 million in bonds due in 2036 at a 6 percent margin, improving on the 6.2 percent margin on $1.5 billion of bonds Bahrain’s government sold last week.

Abu Dhabi has announced plans to build a plant of the same size that will employ photovoltaic technology, which uses panels to convert sunlight directly into electricity.

Fotuhi of the Solar Association said the first contracts will be awarded next year for a number of projects now being planned, a prospect that makes 2014 “very exciting.”