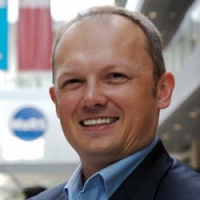 Starting October 1, 2009, citizens and businesses in Ontario, Canada were able to submit applications to build grid-connected renewable energy projects under the province’s Green Energy and Green Economy Act, which received royal ascent in Ontario’s Parliament on May 14th this year. Motivated by the new feed-in tariffs launched by the Ontario Power Authority on September 24th, many homeowners, businesses and farmers are expected to start developing renewable energy projects immediately.

But once the dust from the initial excitement over the Green Energy and Green Economy Act has settled, a number of questions emerge about Ontario’s FIT rules concerning the long-term potential for the renewable energy industry in Ontario: specifically, the FIT rules’ requirement of domestic content appears particularly problematic for solar projects, less so for wind projects.

Having suspended the Renewable Energy Standard Offer Program (RESOP) in 2008, Canada’s most populous province is making its second attempt at creating a green economy by offering a feed-in tariff to stimulate investment in renewable energies. The introduction of the Green Energy and Economy Act and the draft FIT rules released earlier this year have been thoroughly covered by RenewableEnergyWorld.com in previous articles.

Since presenting the draft rules in March, the Ontario Power Authority (OPA) has managed a wide-ranging and well-received stakeholder consultation process with the purpose of soliciting feedback from businesses, groups and individuals. After a little over 6 months of refining the rules for the feed-in tariff, the consultation process concluded with the launch on September 24th.

Some of these changes are particularly challenging for developers and will render some projects that are under planning and development unfeasible.

While the first draft of the FIT rules specifically mentioned that projects that applied for a FIT contract would need to meet a minimum of Ontario-made equipment, no details about the domestic content rules were known until September 24th, providing both the manufacturers and developers with little time to plan for them. So little information was known about the domestic content rules because their potentially protectionist nature meant that several Ontario ministries were undertaking a careful evaluation of the new rules with an eye to balancing trade relations with economic development goals.

By requiring renewable energy projects to buy locally, the government hopes to create the economic underpinnings for new investment in Ontario’s battered manufacturing industry with new jobs as a result.

The domestic content requirements apply to all wind and solar projects, whether they fall under the regular FIT or the microFIT (systems under 10kW in size).

It is important to note that the requirement for domestic content pertains to a project’s particular activities, not a project’s monetary value as some might have expected. For each type of project, the OPA lists designated activities that must be included for the project to qualify for a FIT contract. For example, consider the rules that apply to a rooftop solar system that falls under the 10-kW limit for the microFIT tariff.

Bearing in mind the current 40% domestic content requirement for microFIT projects, simple math tells us that there are a number of ways to reach that threshold on paper. However, the reality is that there are very few suppliers of solar components, mounting systems and inverters in the province of Ontario that meet the requirements listed above. The limited availability of Ontario-based suppliers for microFIT projects may keep local prices high and make project development more challenging in the immediate future.

In an open conference call with the Ontario Power Authority (OPA) on September 28, many developers expressed concerns about the lack of local suppliers that could help meet the content requirements. During the call, numerous developers asked for a ramp-up period to allow a supply-chain to build, but the responses from OPA made it clear that the political goodwill invested in this legislation by the government of Ontario makes this aspect of the Green Energy Act particularly important, and thus inflexible as of yet.

Despite OPA releasing somewhat more flexible rules on October 1, I expect industry associations to continue to lobby the OPA and the government hard to lower the 40% (microFIT) and 50% (PV FIT) limits in the short term.

Robert Miller, VP of Development with Axio Power is relieved that FIT Rules have been finalized but is worried about the content rules: “I think the domestic content requirements for solar PV are a significant challenge. It is going to be very tough, if not impossible, to hit those numbers for an industry in its infancy. I cannot speculate as to what sort of uptake the OPA will see with the new FIT program,” Miller says. “Even if supply does materialize, will the equipment pricing be competitive? It could be significantly higher with a smaller market, which does not do anyone — rate payers included — any good.”

Independent of any forthcoming clarifications from OPA on domestic content, the rules are clearly designed to reward suppliers who set up shop in Ontario. While there might be ways to meet the 40% requirement for domestic content that exists today, the increased demands of 60% domestic content in January 2011 for solar projects and January 2012 for wind projects, virtually guarantees that the province will have more manufacturers of solar and wind energy components by then.

Indeed, the Toronto Star reported that South Korean conglomerate Samsung has been in talks with the Ontario government to establish manufacturing of wind turbines and solar panels in Ontario, but nothing is decided as of yet. German technology provider Conergy is also planning to manufacture mounting systems in Ontario, with production scheduled to ramp up in 2010. Ontario-based Arise Technologies, which ironically has most of its production in Germany are also planning to establish local production. As early movers, all those companies can expect to benefit from the domestic content rules.

While the political and economic motivation for attaching domestic content requirements to the FIT rules are obvious and understandable, there are concerns about the long-term implications that they may have on Ontario’s marketplace.

Under the FIT rules, it is owners of the renewable energy system (i.e. the home owners, businesses, farmers, etc.) that are responsible for ensuring that content requirements are met, by requesting documentation from the various suppliers. In a relatively underdeveloped market like Ontario, where the basic knowledge about renewable energy technologies is low and few experts are available, the documentation process will dissuade some potential applicants as well as decelerate the adoption rate over all. For the FIT rules to be appealing to mainstream markets, the OPA needs to find a way of simplifying this process.

Fundamentally, I also believe that the domestic content rules might hinder necessary innovation in Ontario’s marketplace in the medium to long-term. In particular, there is a lot of innovation taking place in the solar industry, with new products that straddle the various domestic content categories entering the marketplace. A failure by the OPA to recognize the probable impact that rapid innovation will have on green energy products could resign Ontario to being a marketplace for less innovative products.

As the market for green energy products matures, the OPA can counterbalance the risk of stifling innovation by rewarding high performance standards in each category of designated activity for domestic content. For example, recognition could be awarded to solar panels manufactured in Ontario with world-class efficiency or to locally produced inverters with very high efficiencies. Only then will the domestic content requirements yield the kind of results that are politically and economically desirable, namely Ontario-based products that are competitive outside the province.

Expect a Quiet Market in Ontario in the Short-Term

The October 1st launch means that very few projects will be built before winter arrives and makes construction difficult. Adding to that, the application process for larger systems involves numerous tests and assessments that will take months, if not years, to complete.

While last week’s CAN $2.3 billion grid investment announced by the Ontario government demonstrates that the province has recognized the need to upgrade the electricity grid, access to transmission capacity and the lack of available grid connection will slow the development of larger systems.

Kristopher Stevens, Executive Director at the Ontario Sustainable Energy Association is optimistic about the potential the FIT program represents for his members, but doesn’t expect an overheated market from the outset: “ With the domestic content requirements and other FIT rule changes just announced on September 24th, any projects will need time to finalize their applications.”

Meanwhile, developers, engineers and sales people will be busy building the pipeline for next spring. The structure of the FIT rules suggests that roof-top solar systems under 500 kW to be the first projects to come into commercial operation.

Jon E. Worren is an expert in cleantech business strategy and marketing. He has over 15 years of experience in technology marketing, analysis and advisory service working both in Europe and North America. Jon is the founder of ClearSkyAnalyst, an advisory firm specializing in strategy and marketing for solar companies.