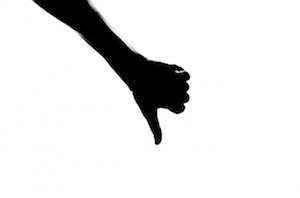 Renewable-power contracts from Boralex Inc. and Invenergy LLC are among those targeted for cancellation by Ontario Premier Doug Ford, who’s working to terminate or wind down more than 750 contracts in a revamp of the province’s energy policies.

The list of contracts in Ford’s crosshairs, released on Friday, includes one with the 50-megawatt Otter Creek Wind Farm in western Ontario, which is being developed in a partnership between Montreal-based Boralex and RES Canada. Also targeted is the proposed Strong Breeze Wind Project near Lake Erie, a 57.5-megawatt wind farm being developed by Invenergy, a closely held firm based in Chicago.

Ford’s move to make good on a campaign promise to terminate the projects — which his energy minister says will save customers in the Canadian province C$790 million ($600 million) — sent shares of clean-energy companies tumbling on Friday. Some analysts and executives, however, have raised doubts about whether courts would allow the government to break the contracts, signaling the possibility of a protracted conflict over the issue.

“There’s not a case for them to unilaterally abrogate the contracts,” said Northland Power Inc. Chief Financial Officer Paul Bradley, whose Toronto-based company owns solar and wind farms in the province. Bradley said he’s “categorically not worried about losing the value of our contracts.”

Boralex is “extremely disappointed” by the move, but hasn’t yet decided whether to appeal it, Julie Lajoye, a spokeswoman for the company, said in an emailed statement. Otter Creek would have generated 150 jobs during the construction period and contributed to local restaurants, lodging and other services, the company said.

“We are committed to bringing safe, reliable and affordable renewable power and hope to work with the government to look at how we can continue to advance that goal,” Chief Executive Officer Patrick Lemaire said in the statement.

Invenergy spokeswoman Beth Conley said in an email that the company is declining to comment since it is still evaluating the situation.

Among the companies whose stocks declined on Friday were San Francisco-based Pattern Energy Group Inc., which slipped 8.4 percent, the most intraday since the day after Donald Trump’s election in 2016. Boralex fell 2.7 percent, and TerraForm Power Inc., a Brookfield Asset Management Inc.-backed clean-power owner, fell 2.1 percent.

NBF analyst Rupert Merer said Pattern’s tumble was overblown, that precedents in Ontario are clear and “a contract is a contract.” The provincial government was more likely to successfully stop future renewable-energy construction, he said.

The contract-cancellation plan came after Ford, who took office June 29, fulfilled a vow to shake up the executive team of utility Hydro One Ltd., sending shares plummeting Thursday by the most since the company went public three years ago.

Clean-energy developers have flocked to Ontario, thanks in part to government incentives to spur wind and solar projects. But Ford, who plans to unwind the province’s cap-and-trade program, has vowed to scrap those subsidies as part of a broader effort to bring down electricity prices. He’s also pledged to renegotiate electricity contracts.