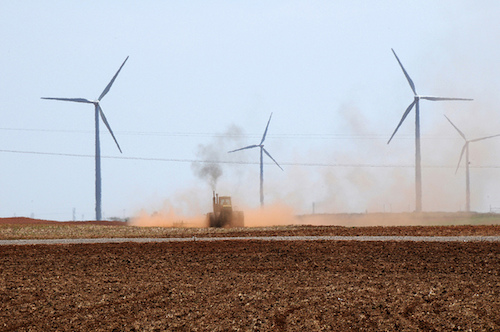 The Oklahoma House of Representatives on March 9 passed by a vote of 74-24 a bill that would reduce the time frame in which wind power projects can qualify for the state’s clean energy tax credit.

The Senate now will consider the bill.

Rep. Charles McCall, R-Atoka, introduced H.B. 2298 in early February. The bill changes the date wind facilities must be placed in service to qualify for the tax credit from Jan. 1, 2021, to July 1, 2017, according to the bill text.

The credit is $0.005 for each kilowatt hour of electricity generated by zero-emission facilities and is available for 10 years.

Fallin also proposed the introduction of a new tax on wind power production of $0.05/kWh. It is not clear how or when this proposal would move forward. Oklahoma’s installed wind power capacity in 4Q16 was 6,645 MW, according to the U.S. Department of Energy. The state has a potential wind capacity of about 360 GW.