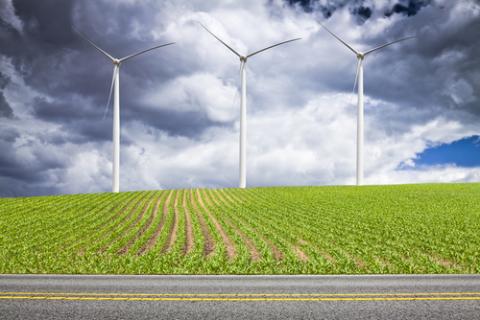 Columbus, Ohio — Ohio is debating the sharpest break from a three-decade campaign by 29 U.S. states to reduce reliance on fossil fuels by promoting power from renewable sources.

The state House of Representatives is weighing a bill that would freeze for two years requirements that power companies generate electricity from sources such as the wind and sun. The measure, already passed by the Senate, has the backing of Koch-brothers-supported Americans for Prosperity and Republican Governor John Kasich. He says it will buy time to study “well-intentioned” measures enacted in 2008 that are too costly.

“They are simply unrealistic and will drive up energy costs for job creators and consumers,” Kasich said in a statement May 8 with Republican Senate President Keith Faber.

Even as Kasich and other proponents say they still support renewables, the measure has divided businesses, with companies such as United States Steel Corp. seeking cost containment and firms including Honda Motor Co. saying the standards are working. Opponents say it will stymie investment in the $36 billion market for renewable energy as the Obama administration is considering cutting greenhouse-gas emissions from power plants to confront climate change.

“It’s an example of Ohio returning to the Dark Ages,” former Governor Ted Strickland, a Democrat who enacted the standards, said in an interview. He and opponents including Ed FitzGerald, Kasich’s Democratic challenger in November, have called on the governor to veto the measure if passed.

The U.S. states with renewable standards have adopted or increased them since 1983 to diversify their energy mix, promote economic development and reduce emissions, according to the Denver-based National Conference of State Legislatures.

Ohio’s law requires that by 2025, a quarter of electricity sold must be generated from renewable and alternative sources. Utilities also must reduce electricity consumption 22 percent through efficiency programs.

Efforts to roll back requirements have stalled in Kansas and other states, despite a push from groups such as Americans for Prosperity, which is backed by billionaire brothers Charles and David Koch, who control the industrial conglomerate Koch Industries Inc., and the American Legislative Exchange Council, an organization that advances business interests in state legislatures.

There were about 30 unsuccessful bills in 17 states last year to reduce or eliminate standards, according to the NCSL.

In Kansas, a bill to repeal standards passed the Senate and a compromise died in the House this month, said Representative Dennis Hedke, a Wichita Republican. Lawmakers in the western part of the state, whose districts encompass wind projects, were opposed, he said.

The Republican-led Ohio House is considering a bill that the Senate passed this month to freeze requirements for two years, pending review by a commission that would be created to study them. The bill initially called for a permanent freeze and was revised after opposition from Kasich, 62, a first-term Republican.

The estimated burden of meeting the mandates in 2010, 2011 and 2012 was less than 1 percent of the customer’s bill each year, according to Galen Barbose, a research scientist at the Lawrence Berkeley National Laboratory in California.

Even so, conditions and assumptions when the standards were enacted have changed, said Sam Randazzo of Industrial Energy Users-Ohio, an association of large power consumers. The threat of dwindling natural-gas supplies has been alleviated with hydraulic fracturing, or fracking, he said.

Randazzo pointed out that Indiana ended an electricity- efficiency program this year, though it didn’t rescind voluntary renewable-energy goals. He predicted that all states eventually will re-evaluate.

“As customers begin to appreciate how much they’re actually paying for this stuff, there is going to be growing pressure,” Randazzo said.

Halting the standards for two years will effectively shut down the state’s renewable industry, which has generated about $1.2 billion in investments, said Ted Ford of Ohio Advanced Energy Economy, a business group that opposes the bill.

Two new wind farms in northwest Ohio have invested $775 million, and there are 10 projects poised to bring an additional $2.5 billion that could go elsewhere, according to the Washington-based American Wind Energy Association. The standards should remain in place during any review, Ford said.

“It’s like executing the prisoner and then holding the trial,” he said.