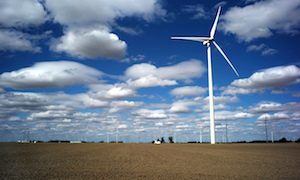 The Ohio House of Representatives yesterday voted 65-31 to pass a bill that would end the state’s current mandate for the amount of renewable energy utilities must provide customers in Ohio.

The state’s renewable portfolio standard (RPS) requires that 12.5 percent of electricity sold by Ohio’s electric distribution utilities or electric services companies be generated from renewable energy sources by 2027. Of that 12.5 percent, at least 0.5 percent must come from solar sources.

As passed, the bill would essentially remove that mandate and instead grant utilities “permission” to obtain electricity from renewable resources.

Ohio Gov. John Kasich at the end of last year vetoed a similar bill that would have both extended a two-year freeze on the state’s RPS and made the RPS voluntary.

“Once again the Ohio House is trying to shut the door on energy jobs and investment,” Dick Munson, Director, Midwest clean energy, Environmental Defense Fund, said in an emailed statement. “Rather than protect the status quo, we hope the senate and the governor will let innovative energy entrepreneurs know that Ohio is open for business.”

An analysis of the bill provided by the Ohio Legislative Service Commission noted that electricity providers in the state “arguably do not need legal permission to provide power currently from renewable energy resources. Giving them permission to do what they already can do, but at specific levels and with specific renewable energy resources, raises questions about the full implications of these changes.”

The analysis also noted that the bill neither expressly permits nor requires any benchmark to be achieved after 2026.

The bill now moves to the senate for consideration.