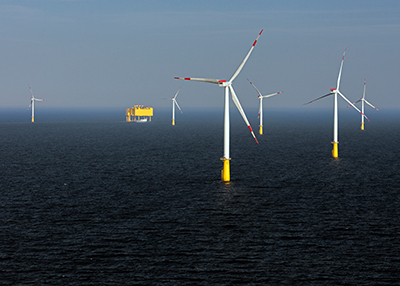 U.K. energy markets regulator Ofgem will start a tender round to sell five links to the power grid for offshore wind farms on Oct. 10, which have a total value of 2 billion pounds ($2.6 billion).

Companies will bid to become offshore transmission owners, or OFTOs, for wind farms including Dudgeon, which is being developed by a consortium of Statoil ASA, Statkraft AS and Masdar Abu Dhabi Future Energy Co., according to an e-mailed statement by Office of Gas & Electricity Markets.

“Since the launch of the OFTO regime, the first three tendering rounds have delivered 700 million pounds in savings and have attracted over 3 billion pounds in investment value,” said Jonathan Brearley, senior partner of networks at Ofgem, according to the statement.

The tender round will also award OFTO contracts for the Galloper, Race Bank, Rampion and Walney Extension wind farms. The five offshore wind farms have a combined capacity of 2.3 GW.