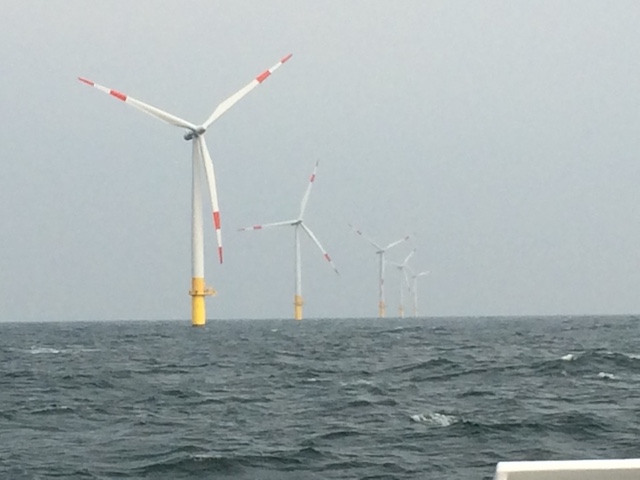 A number of recent announcements highlight just how quickly and aggressively the U.S. offshore wind industry is growing in the Northeast. States are enacting offshore wind target capacity laws and initiatives and companies are setting up offices in the region and making strategic hires so they can participate in what will soon be a booming industry.

The biggest news on the offshore front came out of Connecticut where on June 4 the state senate passed HB7156, which would require the state to solicit 2000 MW of new offshore wind power by 2030 for the state. Governor Lamont has signaled his intent to sign the bill, which would initiate the first new procurement this summer so that developers can take advantage of expiring federal tax credits.

Alongside Connecticut’s big news was an announcement by offshore wind developer EnBW North America that it is opening a Boston office on June 13.

EnBW is a major player in Europe’s offshore wind industry. The firm is currently in the process of building three new offshore wind farms (Hohe See, He Dreiht and Albatros) in the North Sea, which together will have a capacity of 1.5GW

Another energy engineering giant, Burns and McDonnell, announced this week that it has hired offshore wind industry veteran Tony Appleton to lead its expanding offshore wind initiatives and team of professionals. A mechanical engineer with more than 25 years of experience in the energy sector, Appleton has worked across conventional thermal power, gas and nuclear generation markets. He spent the last 15 years leading organizations and teams in the offshore renewables and interconnection global markets, supporting more than 20 offshore wind farms across the globe.

“Our firm has supported critical energy projects for more than 100 years and we are growing our team to support offshore wind projects that will help provide efficient, sustainable energy for the years to come,” said Ray Kowalik, chairman and CEO of Burns & McDonnell.

Leidos has consulted on more than 250 wind energy projects producing nearly 20 gigawatts of electric power, according to the company. Xodus has integrated scientific, engineering and advisory teams working across the energy sector on a broad range of offshore and coastal infrastructure, energy generation and technology projects.

“We are excited about our partnership with Xodus,” said Brad Barta, vice president leading Leidos’ Energy & Infrastructure Consulting practice. “We believe together we can provide unrivalled expertise and experience to our developer and investor clients. Now that offshore wind is set to move forward in the U.S., we are prepared to serve the industry through our relationship with Xodus, a proven leader in offshore energy.”

The emerging offshore wind industry will be a topic for discussion at POWERGEN International, set to hit New Orleans, November 19-21.