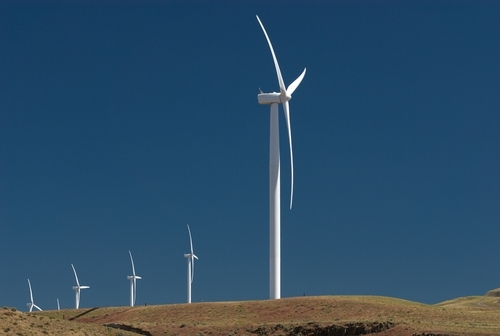 HONG KONG — Sany Group Co., China’s biggest machinery maker, will use all legal efforts to win compensation after U.S. President Barack Obama barred the building of wind farms near a navy base in Oregon, according to the official Xinhua News Agency.

The farms pose no threat to U.S. national security and Obama’s move was probably made to serve his election campaign, Xinhua reported Sept. 29, citing Zhou Qing, a legal official with Sany. Zhou said his company will seek a “fair and square result,” according to the news agency.

Obama on Sept. 28 ordered Delaware-based Ralls Corp., owned by two Sany executives, to remove all property and installations from its sites within two weeks and divest all of its interests in thewind–farm project within 90 days. It was the first time in 22 years a U.S. president had blocked a transaction as a national security risk.

In the area around the sites, the Navy conducts training for bombing, electronic combat maneuvers and develops drones, according to the base’s website.

Ralls was seeking to place Sany-made wind turbines at the Oregon installations after purchasing land and other rights earlier this year. The assets consist of four locations, all of which are near or within the restricted Navy airspace, the U.S. Treasury Department said.

Zhou said that other wind farms with foreign investment had been built near naval facilities in Oregon without being called a threat to national security, according to Xinhua.

The block replaces an interim order in July by the government’s Committee on Foreign Investment in the U.S., or CFIUS, which reviews acquisitions of domestic companies by non- U.S. entities. CFIUS told the company to stop operations and keep out of development sites it bought near the Naval Weapons Systems Training Facility Boardman, according to a lawsuit Ralls filed on Sept. 12 in federal court to overturn the order.

The Xinhua report didn’t elaborate on how Sany may seek legal compensation. Ralls is already suing CFIUS in a U.S. district court, alleging that the panel exceeded its authority. The case is Ralls Corp. v. Committee on Foreign Investment in the U.S., 1:12-cv-01513, U.S. District Court, District of Columbia (Washington.)