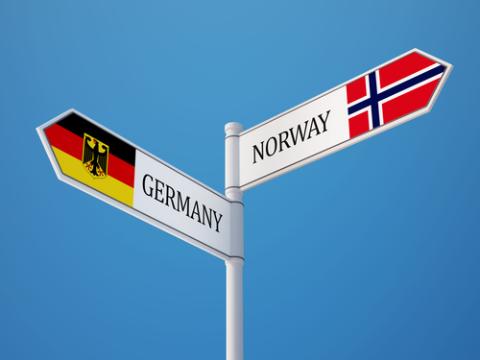 BERLIN — Norway approved the construction of the first direct electricity cable to Germany and granted a license for a link to the U.K. to aid power trading between the nations.

Norway’s government granted power-grid operator Statnett SF the necessary licenses for the country’s portion of the Nord.Link project today, the German Economy Ministry said in an e-mailed statement. DC Nordseekabel GmbH, which is owned by TenneT TSO GmbH and KfW Group, will carry out construction on the German side, it said.

“This means the way is clear for the new sea-cable link,” German Economy Minister Sigmar Gabriel said in the statement. “Nord.Link will help increase supply security on both sides.” Germany has already granted all necessary permits.

The cable would be the first direct power link between the nations and have a capacity to transmit 1.4 gigawatts starting in 2018 or 2019, the ministry said. It would allow the countries to trade hydropower from Norway and wind electricity from Germany.

Norway today also granted a license to Statnett for a 1.4- gigawatt interconnector to the U.K. that’s scheduled to be completed in 2020, London-based National Grid Plc said in an e- mailed statement. The cable would link Kvilldal in Norway to Blyth in Northumberland and may bring low-cost renewable energy to the U.K. for an investment of more than 1 billion pounds ($1.6 billion), it said.

Norway is already linked with the Netherlands through NorNed, a 700-megawatt subsea cable that began operating commercially in 2008. It also has connections with Denmark and Sweden.