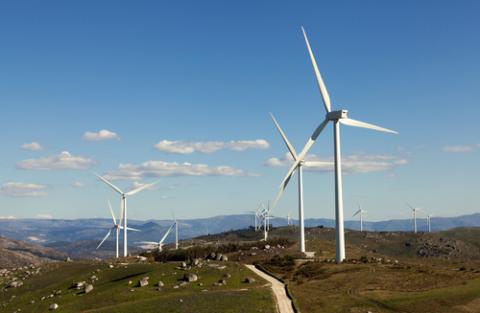 Oslo, Norway — Norway has awarded concessions to build eight new onshore wind farms for about 20 billion kroner ($3.3 billion) in a bid to triple the country’s capacity to more than 2 gigawatts by 2020.

Concessions given SAE Vind DA, Sarepta Energi AS and Zephyr AS would add 1.3 gigawatts of wind power, which could produce 3.7 terawatt-hours, enough to supply 185,000 households for a year, the Petroleum and Energy Ministry said in a statement today. The concessions in the Trondheim area also include a power line to be built by Statnett SF, which operates the Norwegian electricity grid.

“This is a historic day for Norway’s wind–power production,” Petroleum and Energy Minister Ola Borten Moe said in the statement. The new capacity will “represent a significant part of Norway’s renewables commitment.”

Norway aims to have 67.5 percent of its energy consumption from renewable sources by 2020, and has established a common green certificate scheme with Sweden under which the two Nordic countries plan to build additional renewable energy capacity of 26.4 TWh by the end of the decade. To be eligible for certificates, the new wind farms will need to be ready by 2020, ministry spokeswoman Lise Rist said in an e-mail.

Norway had a wind–power capacity of 704 megawatts and a production of 1.57 gigawatt-hours in 2012, according to the Norwegian Water Resources and Energy Directorate. Wind power represented 1.1 percent of the country’s power production, which consists almost exclusively of hydropower.

The wind–turbine market in Europe, the Middle East and Africa is expected to shrink this year and next because of slower economic growth and fewer subsidies, according to Make Consulting, which sees 13.3 gigawatts installed in the region in 2013 and 12.4 gigawatts in 2014, down from 13.4 gigawatts last year.