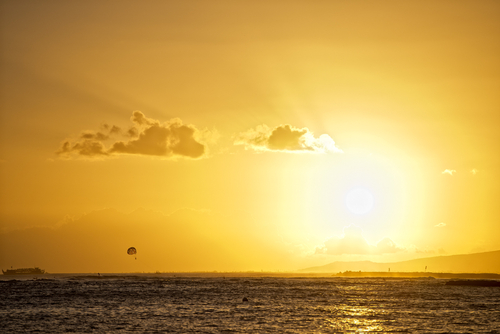 NextEra Energy Inc. and Hawaiian Electric Industries Inc. made 50 new commitments as part of their proposal to merge that, they said, would accelerate Hawaii’s goal of getting all of its power from renewable resources.

These commitments, made as part of filings with the Hawaii Public Utilities Commission, strengthen the benefits the merger will produce for customers, saving them almost $465 million in the first five years after the merger closes, the companies said in a joint statement on Monday. NextEra would commit to maintaining Hawaiian Electric’s charitable donations and to keeping the utility locally managed, they said.

“We are well positioned, alongside Hawaiian Electric, to partner with the state to achieve its 100 percent renewable portfolio standard by 2045, as well as integrate more rooftop solar, modernize the electric grids and lower customer bills,” Eric Gleason, president of NextEra Energy Hawaii LLC, said in the statement.

NextEra has faced mounting state opposition to its $2.63 billion takeover of Hawaiian Electric. In July, Hawaii Governor David Ige, a Democrat, said he was against the deal as proposed because it failed to align with the state’s goal of 100 percent renewable power. Earlier this month, Hawaii’s consumer advocate added to the opposition, saying the deal wasn’t in the public’s interest.

The consumer advocate recommended that any agreement come with conditions, including a requirement that the state approves changes to the company’s structure that would take tax revenue out of Hawaii.