At one time or another, just about everyone in the wind industry has seen the now famous image of the Horn’s Rev offshore wind farm in Europe’s North Sea. The effect one turbine has on the next, and the next, and on down the line can be quite dramatic – so noted at some projects that turbines furthest downstream from the wind, produce little to no energy and simply struggle to operate in intense turbulences, prematurely wearing down turbine hardware. Wake blocking effects have a huge impact on many wind project considerations: net energy estimates for financing, turbine spacing for project engineering, and operational strategies once the project is running. 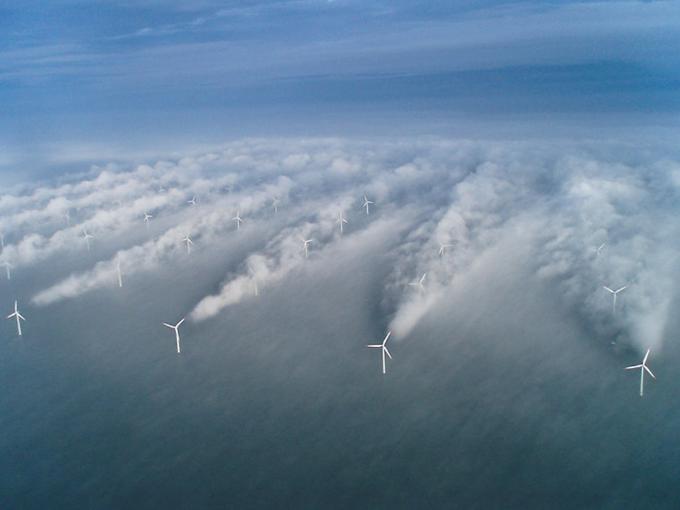 In recent years, wake modeling has become a topic of ever-greater concern in the pre-construction assessment of a project, causing headaches for wind energy developers, financers, and consultants alike. With the breakneck pace of wind development in India, particularly in the wind rich province of Tamil Nadu, the industry now has a new challenge to contend with. Not only do developers need to consider the wake effects of their own turbines, but also those from existing or proposed projects nearby.

“As more and more turbines are installed in this region, our customers are seeing energy generation at their existing projects slowly decrease year-over-year,” said Dr. Scott Eichelberger, director of wind assessment at 3Tier. “Of course, wind production will vary from month-to-month and year-to-year due to the intermittent nature of wind. However, by looking at the location of surrounding turbines, we can clearly see that this is a blocking issue, not a wind climate variability issue.” 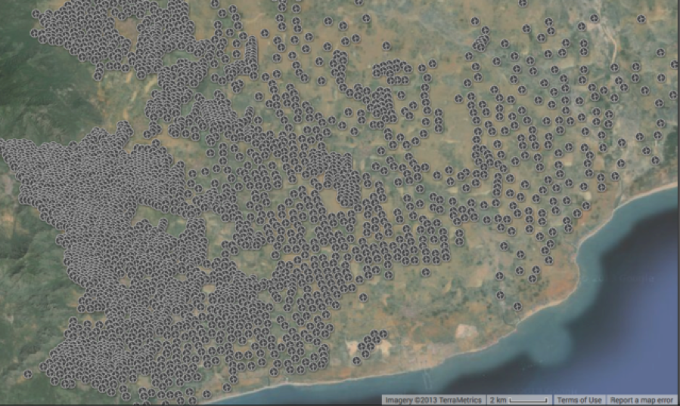 While turbine density like that seen in Tamil Nadu is a long way off for most of the world, for pre-construction wind energy estimates, the wind consulting sector is already developing more sophisticated ways of examining and evaluating the impacts of both internal waking effects as well as those from neighboring projects.

“Our clients need the most accurate net energy estimates possible to secure crucial project financing and make sure they are investing in the right locations before committing huge capital investments,” said Dr. Pascal Storck, 3Tier’s chief operating officer. “With how rapidly the Indian market is growing, we not only have to take into consideration standard methods we use in the rest of the world, but must remain agile and adapt our approach to the demands and unique conditions of our clients’ project sites.”

The industry’s standard methodology for determining energy losses due to wakes is to first optimize the project turbine layout using the Park model. This model uses a simple, linear equation to rapidly calculate wakes for the thousands of instances required to find the most efficient turbine configuration. Then the Eddy Viscosity model, a more accurate, non-linear model, is applied to the optimized turbine layout in a process that takes a few minutes to compute. The result is a single calculation of average wind speed and direction at each turbine for each sector of the wind rose. This same technique is also used to evaluate external wake losses from nearby turbines.

However, by using average quantities, the status quo ignores the fact that wakes behave very differently and propagate at different distances depending on the stability of the atmosphere. For example, nearly every afternoon of the summer there is lower atmospheric stability and higher turbulence due to ground heating, which causes wakes to dissipate more quickly. When atmospheric stability is high and turbulence low, such as during a nocturnal jet stream, wakes act in exactly the opposite way: they propagate for much further distances.

A more robust approach is to evaluate wake effects over time – not as a single, average value. In combination with numerical weather prediction models, a time-varying wake model accomplishes this by looking at how wakes change on an hour-by-hour basis over an extended period, detecting both small hourly changes as well as large seasonal shifts. (Even mapping solutions like WAsP and CFD models don’t evaluate how wind streams vary in terms of time.) This methodology allows analysts to look at the atmosphere as a whole and better capture changes in turbulence and atmospheric stability, which have a major influence on wake propagation. It also allows analysts to understand a site’s flow regime and calculate wakes at multiple times, heights, and turbine locations, including those offsite, all within a dynamic upstream-to-downstream environment that is fundamentally more representative of the physical world than traditional approaches.

Of course, time-varying wake models are more complicated to run and require higher computational costs in terms of time and bandwidth. As opposed to the handful of minutes it takes to run the Eddy Viscosity model, a time-varying model can take a full day. This is because it doesn’t just calculate an average value for each turbine’s wind direction sectors, but instead calculates a value for each hour of each day of each year encompassed by the entire wind project study. For example, a 33-year wind study will calculate 289,080 values at every single turbine as opposed to a single value for each turbine’s wind direction sectors.

Because this approach tracks diurnal and seasonal changes, it better matches real world operational conditions and has validated well when compared with two years of 10-minute, turbine-by-turbine production data. It also performs consistently across both smaller, 5-MW projects and massive, 1000-MW projects as well as in dense development areas, like Tamil Nadu. That is why it is critical to employ this approach to evaluate both internal and external wake losses for net energy calculations.

“Depending on the situation,” said Selena Farris, 3Tier’s senior wind energy analyst, “We have seen variances of up to 10 percent in net energy estimates when comparing before external wake deficits are accounted for and after.”

Wind energy assessment is a game of inches, where percentage points mean differences of tens of millions of dollars. External and internal wakes losses alone impact the final net energy numbers wind developers must take to their financing partners by five to 12 percentage points. With that much money on the line, isn’t now the time to take advantage of next generation wake models that allow stakeholders to make more informed decisions about projected wind generation?