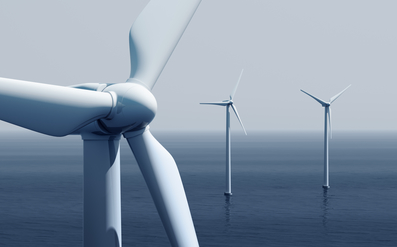 On Tuesday October 24 at AWEA’s Offshore Wind Conference, Lieutenant Governor Kathy Hochul highlighted three reasons that she believes New York will become the global hub for offshore wind and Statoil announced that it has named its project Empire Wind.

“Despite what goes on in our nation’s capital, we are committed to the Paris climate agreement,” she said.

The lieutenant governor then highlighted some of New York’s history of tackling challenges that other people thought were crazy, such as the Erie Canal, which opened in 1825.

“We are hard-wired to embrace the greatest challenges,” she said.

For offshore wind specifically, the state has committed to develop 2,400 MW by 2030 and one reason it will become a global hub is because wind energy is not a political issue in the state.

“We are not strangers to wind,” she said, pointing to the huge amounts of wind turbines currently spinning in upstate New York. It’s a “rare day” that there is bipartisan consensus around offshore wind like there is in New York, according to Hochul.

In addition to its bipartisan support for offshore wind, New York also boasts a commitment to innovation, said Hochul, pointing to the great work that NYSERDA is doing in the state. Third, Hochul said that New York is investing in the future of offshore wind by creating an offshore wind master plan.

“New York is accepting the challenge but doing the legwork for you,” said Hochul.

Also on Tuesday, Statoil took a step forward in developing its New York project announcing that the project name will be Empire Wind. The 79,350-acre site, secured by Statoil in a federal auction in December 2016, could support up to 1 GW of offshore wind capacity.

“Empire Wind also speaks to the leading role that New York State is taking in advancing the deployment of offshore wind technology in North America.”