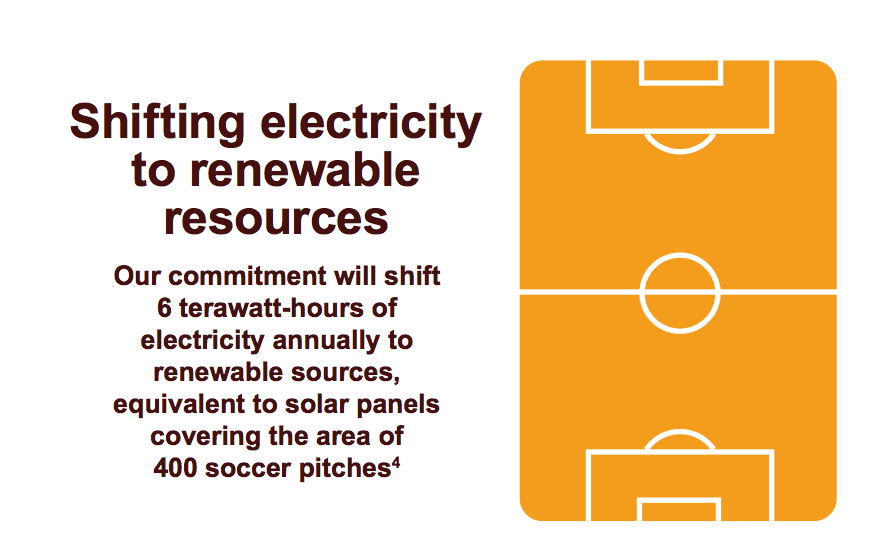 Leading the way among major producers of consumer goods, Anheuser-Busch (ABInBev) on Tuesday announced its commitment to become 100 percent powered by renewable energy by 2025. According to the company it will then become the largest corporate direct purchaser of renewable electricity in the consumer goods sector.

In total, this will shift 6 terawatt-hours of electricity annually to renewable sources in the markets where AB InBev operates and will help transform the energy industry in countries like Argentina, Brazil, India and markets across the African continent.

“Climate change has profound implications for our company and for the communities where we live and work,” said AB InBev CEO Carlos Brito in a press release. “Cutting back on fossil fuels is good for the environment and good for business, and we are committed to helping drive positive change. We have the opportunity to play a leading role in the battle against climate change by purchasing energy in a more sustainable way.”

As part of this initiative, AB InBev expects to secure 75-85 percent of electricity through direct power purchasing agreements. The final 15-25 percent will mainly come from onsite technologies such as solar.

AB InBev’s renewable electricity transformation will begin in Mexico, which is home to the company’s largest brewery, in Zacatecas. AB InBev has signed a Power Purchase Agreement with Iberdrola for 490 gigawatt-hours per year. With this new partnership, the company will be able to meet all of its purchased electricity needs for production sites in the country. The agreement with Iberdrola is also expected to increase Mexico’s wind and solar energy capacity by more than 5 percent. Iberdrola will build and install 220 MW of wind energy capacity onshore in the state of Puebla, and energy generation is expected to beginning in the first half of 2019.

AB InBev plans to enter into similar agreements in other markets in the near future. By launching this new partnership in Mexico, AB InBev hopes to demonstrate that by switching to renewable electricity, businesses across the world can contribute to a 100 percent renewable electricity future.