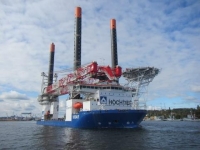 A new jack-up vessel for the construction of offshore wind farms has been commissioned by Hochtief.

Developed with a large deck surface and cargo carry capacity and with a 1,200-ton crane, the ship is designed for the assembly of foundations and components for wind farms in the North Sea and Baltic in water depths of up 50 meters.

The jack-up vessel, Vidar, has already been chartered and will be used for blade installation at the North Sea wind farm Global Tech I from this month. 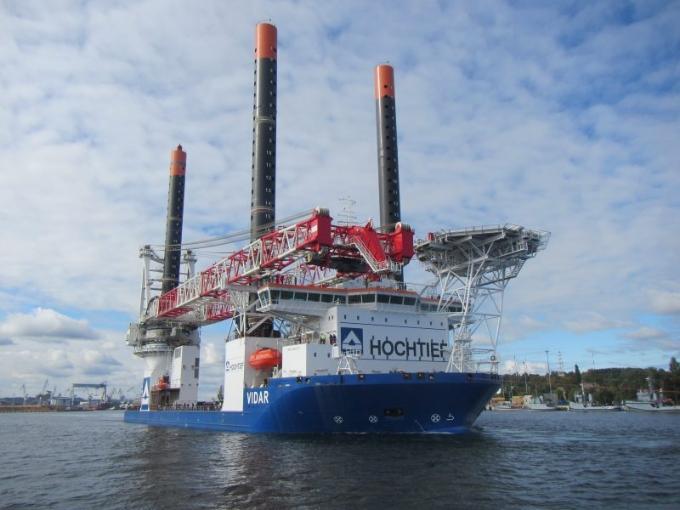 Built at the Crist shipyard in Poland, it joins Hochtief’s two other jack-up vessels – Thor and Innovation, which are also currently in service at the Global Tech I site.

Marcelino Fernández Verdes, Hochtief CEO, commented: “The powerful vessel speeds up processes during construction of the offshore wind farms and thus reduces costs. With our investments, we have taken responsibility for the conversion of the energy sector and are looking optimistically into the future.”