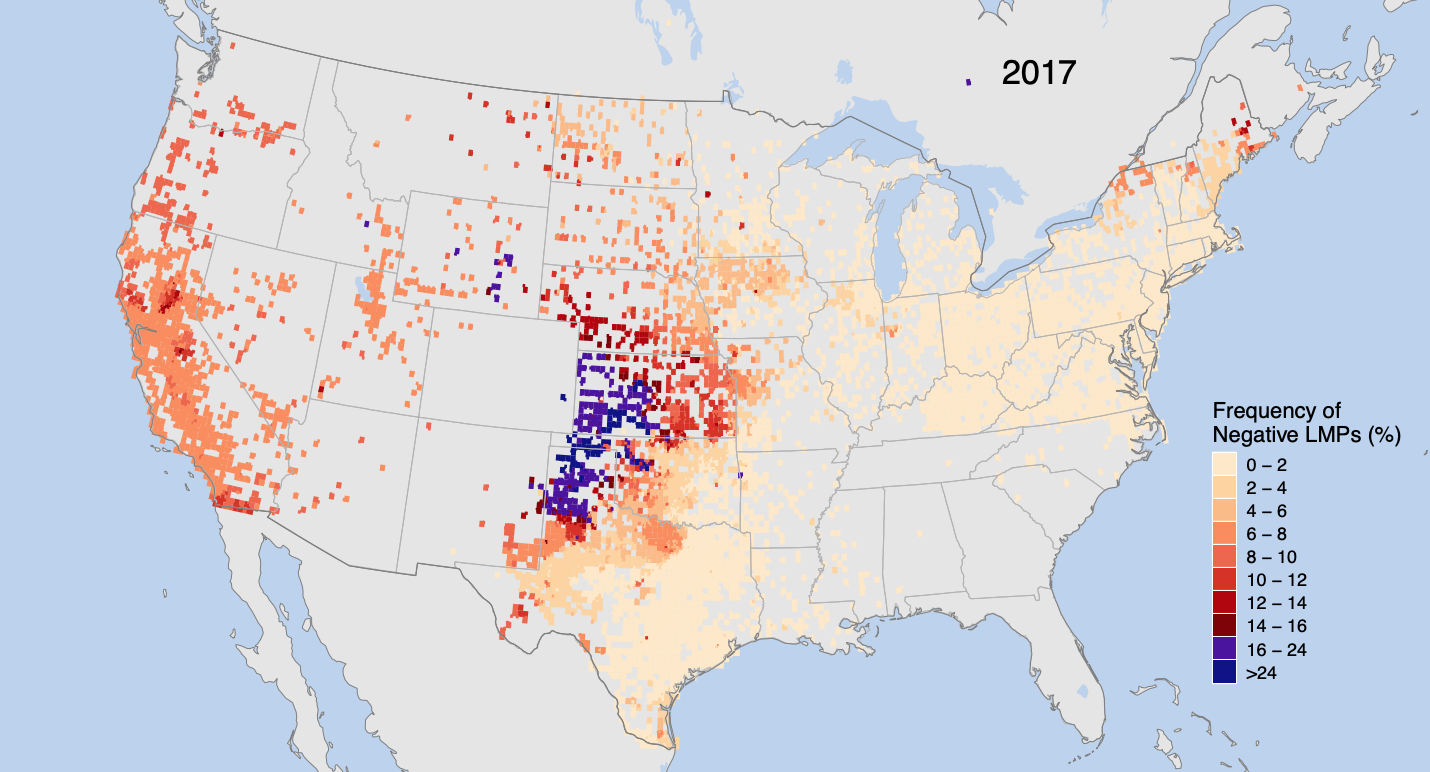 Wholesale electricity prices have fallen dramatically in most organized markets in the United States over the last decade, largely due to a steep reduction in the price of natural gas. But growth in wind and solar generation, fairly flat trends in electrical load, and new natural-gas power plant additions have also played a role.

A new report from Lawrence Berkeley National Lab analyzes the drivers of price changes using two approaches. First, price dynamics between 2008 and 2017 are assessed using a supply curve model. Second, hourly wholesale prices at more than 60,000 pricing nodes are used to highlight the impacts of wind, solar, and other factors on geographic and temporal pricing patterns.

The report, The Impact of Wind, Solar, and Other Factors on Wholesale Power Prices: An Historical Analysis—2008 through 2017, finds that falling natural gas prices were the dominant driver of overall market-wide average price drops, reducing average annual wholesale prices by $7 to $53 per megawatt-hour (MWh) over the last decade. The biggest declines were found in New York and New England, but were substantial across all regions.

As shown in Figure 1 below, a second tier of factors includes wind and solar generation, expansion and retirement of thermal generation, changes in demand, generator efficiency, coal prices, variations in hydropower, and emissions prices.

In most markets, growth in wind and solar reduced average market-wide wholesale prices by less than $1.30 per MWh over this period, although California was an exception, with solar reducing prices by $2.20 per MWh. This may foreshadow greater impacts from solar in other regions as solar penetrations grow.

The analysis also looked at the impact of wind and solar on prices in specific times and places. Growth in wind and solar impacted time-of-day and seasonal pricing patterns and the frequency of negative prices, especially in areas with high levels of wind and solar and in the presence of transmission constraints (Figure 2).

Although negative price events are becoming more frequent, they vary widely by location and from year to year. Also, they have been mostly small in magnitude, and have not heavily impacted annual average prices at most locations. Their biggest impact has been in parts of the Midwest in the Southwest Power Pool, California, and northern areas of New York, New Hampshire, and Maine.

In sum, the report finds that wind and solar power are just two of numerous factors that influence local pricing patterns. Attempts to assess their impacts must carefully consider the full regional context.

Your browser does not support iframes.

The report, The Impact of Wind, Solar, and Other Factors on Wholesale Power Prices: An Historical Analysis—2008 through 2017, is available at emp.lbl.gov. A data visualization of Wholesale Electricity Market Price Drivers can be viewed here. A webinar summarizing key findings will be held on December 3, 2019 at 10am PST/1pm EST. Register for the free webinar here: https://cc.readytalk.com/r/jzhoyh49ut3q&eom(link is external)

This work was supported by the U.S. Department of Energy (DOE) under Lawrence Berkeley National Laboratory Contract No. DE-AC02-05CH11231.